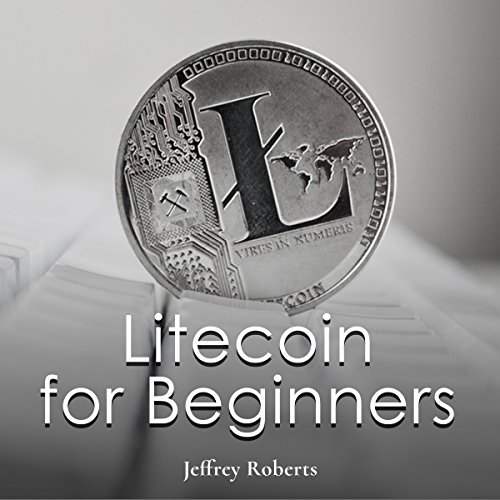 Litecoin is a peer-to-peer cryptocurrency and open-source software project released under the MIT/X11 license. Creation and transfer of coins is based on an open source cryptographic protocol and is not managed by any central authority. While inspired by and in most regards technically nearly identical to Bitcoin (BTC), Litecoin has some minor technical differences compared to Bitcoin and other major cryptocurrencies. Litecoin also has almost zero payment cost.

Litecoin was released via an open-source client on GitHub on October 7, 2011, by Charlie Lee, a former Google employee. The Litecoin network went live on October 13, 2011. It was a fork of the Bitcoin Core client, differing primarily by having a decreased block generation time (2.5 minutes), increased maximum number of coins, different hashing algorithm (scrypt, instead of SHA-256), and a slightly modified GUI.

During the month of November 2013, the aggregate value of Litecoin experienced massive growth which included a 100% leap within 24 hours.

In May 2017, Litecoin became the first of the top five (by market cap) cryptocurrencies to adopt Segregated Witness. Later in May of the same year, the first Lightning Network transaction was completed through Litecoin, transferring 0.00000001 LTC from Zürich to San Francisco in under one second.

Good intro to Litecoin, not necessarily to crypto

This is a good honest introduction to Litecoin, but not necessarily to cryptocurrencies. Those completely new to cryptocurrencies may want to start elsewhere, since this goes fast and assumes you have some basic idea of what cryptocurrency is and throws in some technical terms without explaining them. That being said, this is great for those already familiar with cryptocurrencies who want to know what sets Litecoin apart from the others without getting bogged down in explanations of things you probably already know.

In addition to explaining some of Litecoin's current features and what sets it apart from bitcoin and other popular cryptocurrencies this book also explores some features currently under development and how they might be useful.

This audiobook is thirty minutes long, so you're not going to learn everything you need to know about Litecoin. But with a new cryptocurrency popping up every time it rains it's a full time job keeping up with them all. This audiobook will help you decide if Litecoin is something you wish to pursue further without a huge initial time investment.

I received this audiobook for free in return for providing my honest and unbiased review.

In this short introduction to Litecoin I learned the difference between Litecoin and Bitcoin and how they are processed. It’s perfect for a crypto currency beginner like me.

I received this audio-book free for an honest review by the author, narrator, or publisher. Thank you!!!

I requested this audiobook to understand Litecoin, and it’s a book for beginners, so I thought it would be perfect.
No. Mostly, this just compares Litecoin and Bitcoin. I wanted to understand what Litecoin was, but when it gets to a part that needs explaining, it just tells you to read somebody else’s writing.

Basically, it’s really not for beginners.

What made the experience of listening to Litecoin for Beginners the most enjoyable?

I have been interested in getting information on bitcoins.

What was one of the most memorable moments of Litecoin for Beginners?

Learning the basics of litecoin in a simplified manner was great.

What about Andrew S. Baldwin’s performance did you like?

He spoke in a clear manner.

I wouldn’t say anything really moved me.

This was a decent, high level, overview of Litecoin and how it works. I felt this was concise and well put together. The narration was good for what it covered.

It appears that cryptocurrencies are the wave of the future. This short introduction to Litecoin was very informative and the information was presented in an easy to understand fashion. The comparisons between Litecoin and Bitcoin were very helpful. I believe that the audiobook was intentionally repetitive, designed to ingrain the information in the listener's mind. The mining aspect was of particular interest to me. The narration was excellent and the pacing was appropriate for the subject manner. Anyone who is considering Litecoin will find this audiobook both interesting and useful.

I think the economic world will change enormously

this info book was very interesting... it shows us that there will be an economic change in the world and it's already began a very cool and good perspective in 30 minutes ...

The Silver equivalent to Bitcoin's Gold

Excellent addition to my crypto knowledge base. The content is well presented and the narrator was easy to listen to.

I could listen to these intros all day long. Check it out if you are interested. You should be interested.

I've enjoyed listening to these short books lately about tech. It's just the right amount of time to get a conversational understanding without getting overwhelmed by the advanced topics. This is the 3rd I've read lately about cryptocurrencies. It's been interesting to compare/contrast them.