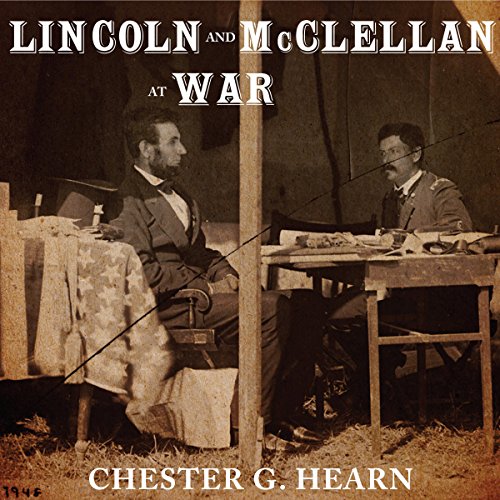 Lincoln and McClellan at War

By: Chester G. Hearn
Narrated by: Neal Vickers
Try for $0.00

At the beginning of the Civil War, President Abraham Lincoln and his highest-ranking general, George B. McClellan, agreed that the United States must preserve the Union. Their differing strategies for accomplishing that goal, however, created constant conflict. Lincoln, a man without military training, promoted McClellan on the advice of cabinet members and counted on "Little Mac" to whip the army into shape and end the war quickly. McClellan comported himself with great confidence and won Lincoln's faith by brilliantly organizing the Army of the Potomac. Later, however, he lost Lincoln's trust by refusing to send what he called "the best army on the planet" into battle. The more frustrated Lincoln grew with McClellan's inaction, the more Lincoln studied authoritative works on military strategy and offered strategic combat advice to the general. McClellan resented the president's suggestions and habitually deflected them. Ultimately, Lincoln removed McClellan for what the president termed "the slows". According to Hearn, McClellan's intransigence stemmed largely from his reluctance to fight offensively. Thoroughly schooled in European defensive tactics, McClellan preferred that approach to fighting the war. His commander-in-chief, on the other hand, had a preference for using offensive tactics.

What listeners say about Lincoln and McClellan at War