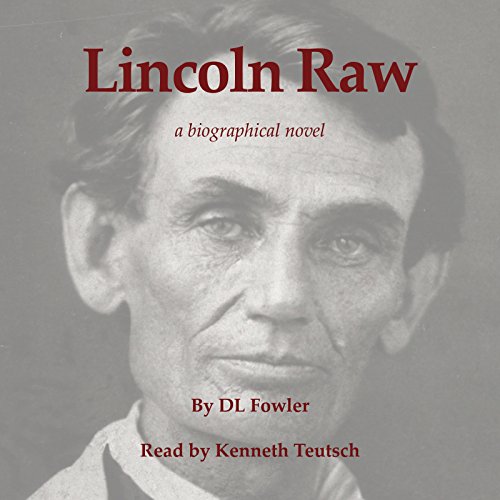 A rare journey into the heart and mind of Abraham Lincoln because events don't make history...people do.

Beyond the legend, Abraham is inescapably human, reliving the gauntlet of tragedy and abuse that should have consumed him, exposing his private reasons for standing firm on the brink of war.

Seven-year-old Abraham Lincoln's boyhood dies when his father drags their family from the relative comfort of Kentucky into an unforgiving Indiana wilderness. While suffering rebuke for teaching himself to read and write, Abraham endures rumors of illegitimate birth, escapes death a half dozen times, labors to repay his father's debts, and grieves the deaths of his infant brother, angel mother, precious sister, and beloved sweetheart.

By his early 30s, he casts off his parents' religion, becomes estranged from his closest friend, and loses faith in his own character when he breaks an engagement to marry a woman he doesn't love. He spirals into life-threatening depression. In the prime of life, unable to keep a pledge made to his dying mother to become someone special, he wrestles with self-doubt, abandons politics, and resigns himself to a life of mediocrity. But when his longtime rival opens the door for slavery's expansion across half the globe, Lincoln faces the greatest challenge of his life - his beloved country is being ripped apart.

Grounded in historical record, the story is enriched by insights gleaned from the works of prominent Lincoln biographers: Harold Holzer, Michael Burlingame, Douglas Wilson, Allen Guelzo, and Joshua Shenk, to credit a few.