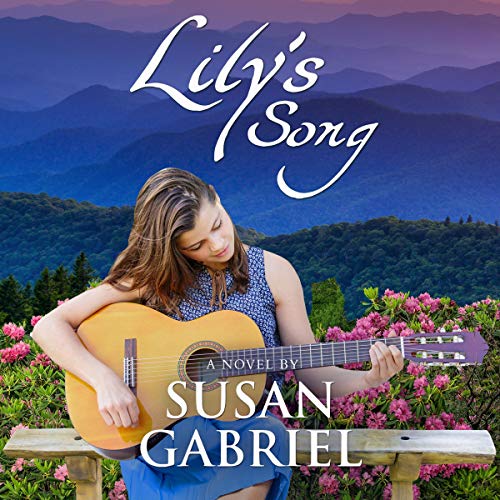 By: Susan Gabriel
Narrated by: Holly Adams
Try for $0.00

A mother's secrets, a daughter's dream, and a family's loyalty are masterfully interwoven in this much anticipated sequel to the Amazon best-seller The Secret Sense of Wildflower.

"Wildflower" McAllister's daughter, Lily, now 14, struggles with her mother's reluctance to tell her who her father is. When a stranger appears on the family doorstep, drunk and evoking ghosts from the past, it threatens to break the close-knit McAllister family apart.

Meanwhile, Wildflower has a deep secret of her own. When Lily discovers it by accident, it changes everything she thought she knew about her mother. The events that follow silence the singing she dreamed of sharing with the world.

With her signature metaphors, Gabriel weaves a compelling tale that captures the resilience and strength of both mother and daughter, as secrets revealed test their strong bond and ultimately change their lives forever.

Set in 1956 southern Appalachia, Lily's Song stands on its own, and listeners who are new to Gabriel will be drawn into the world she so skillfully depicts. As a sequel, it will captivate fans of The Secret Sense of Wildflower (a Kirkus Reviews Best Book of 2012), who have eagerly awaited more.

What listeners say about Lily's Song

This is a sweet story. it was very easy to get involved with the characters and to love them. And the story is easy to follow. There's a softness about this author's writing that I really like, and the melodic voice of the reader makes a good match. A very good read for me, and a book that I highly recommend.

Full disclosure: I have worked with Holly Adams on various artistic endeavors.

And I believe this gives me an even greater insight to what a great performance she did I'm narrating these two strong women from TN. I teared up while listening and found myself lost in the mental images that the text unfolded for me.

Touching family memories and the Tials that attempt to destroy the bonds of Love. True love of neighbors who linger and keep the touch of warmth and tenderness Alive! Johnny Munroe will never Win!