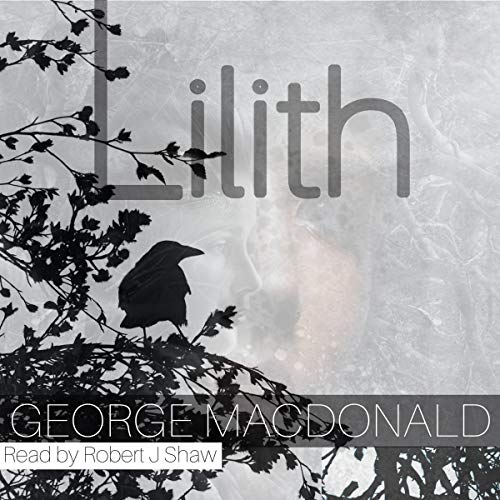 By: George MacDonald
Narrated by: Robert J. Shaw
Try for $0.00

George MacDonald was a master storyteller, the author of beautiful fictions such as Phantastes, Sir Gibbie, and The Princess and the Goblin.

The story of Lilith is no different. A brilliant piece that dives deep into the human conscience. Some believe this is MacDonald's darkest story. It has been said that C. S. Lewis was fascinated with this work. A fantasy indeed, but as with much of MacDonald's work, living truths are ingrained within. Enjoy.

What listeners say about Lilith

I'm not one to write reviews, but I felt compelled to respond to Jamie D's rather unfair review. "Lilith" is a beautiful story, and there are those like me who are avid fans. I've probably read the book 5 or 6 times. When I saw it available as an audiobook, I jumped on it. I listened to the sample first. Jamie D., did YOU listen to the sample? I think not, because it gives you 5 minutes of what the narrator sounds like. Plenty of time to form an opinion and decide whether or not to buy the audiobook. I for one was intrigued by the narrator's approach, so I went ahead with the purchase. I'm so glad I did!

With the audiobook, the narrator (Robert J. Shaw) took me somewhere that I was never able to reach by just reading the book. Let me try to explain.

Any classic work of fiction is going to have a following of die-hard fans. Think Lord of the Rings, or The Chronicles of Narnia. Those who narrated those audiobooks had a daunting task, because, well, ya just can't please everyone. ESPECIALLY those die-hard fans. You see, they have already set in their mind what the audiobook should sound like, before they even listen. God forbid the narrator strays from that. Such is the case with Jamie D, the reviewer who felt compelled to give the WHOLE BOOK, not just the narrator, one star. Really, Jamie? Giving it one star overall means you don't even like the story, when you already stated that Lilith was one of your favorite books. Very, VERY unfair.

So getting back to why I'm glad I purchased this audiobook. The narrator made a lot of interesting choices, ones I never really picked up on even after reading the book so many times. The book is written in first person, as the main character of the story is recounting his experience. This character is suddenly plunged into a world that assaults his senses. A world that defies the laws of nature and physics. A world that just shouldn't exist. Jamie D. said that the narrator made everything sound like a question. I didn't hear that at all. What I heard was a character who was trying to make sense of everything going on around him. In the narrator's voice I hear a sense of wonder, of confusion, of fear, and of amazement. Which totally makes sense! Of COURSE he would sound like that. I was completely on board with the narrator's take on this character. I really felt like I was experiencing this new world along with him, and feeling every emotion.

As for the supporting characters...I fell in love with the narrator's choice of voice for Mr. Raven. A deep, gravelly, Cockney voice. Brilliant! I never in a million years would have thought of that. But again, it makes sense! Making this choice, the narrator was able to put a sense of humor into the character of Mr. Raven that I never interpreted when just reading the book. He also gave Cockney accents to Lona, the children and a couple other minor characters. The voices of the characters of Mara and Eve are interesting. Somewhere between a British and an American accent. And just enough difference to distinguish the two. The voice of Lilith is wonderful. Aloof, conceited and self-centered, which is exactly what she is. Kind of like a British socialite back in the day.

One of my favorite parts in the book is the scene with the skeleton husband and wife. Very comical and thoroughly enjoyable. I actually laughed out loud with some of their dialogue.

I'll say one more thing to Mr. Jamie D (the reviewer above). I doubt you even gave this audiobook a chance. I think you bought it without listening to the sample, listened to it for 2 minutes, and when it didn't match what you thought it should sound like, decided to trash it. Bad form, sir.

The story, combined with fantastic narration, made this audiobook a treasure, and I'm sure I'll listen to it several more times over the years. Well done, Robert J. Shaw!

Waited so long for this

Narrator is a bit too carefully articulate...slightly mechanical. But this book is my favorite and having it on audio is such a treat. It’s a profound, bizarre story that really can’t be summarized easily. The spiritual depths are what makes it such a masterpiece. Don’t miss this classic.

The narrator really made this book for me, what an incredible imagination George MacDonald had.

The narrator chosen for this timeless, mystical novel is just not a good fit. I listen to my favorite books over and over, so it would just be torture to keep this. At least Librivox has a halfway decent reader. But I tremendously wish Audible would consider hiring someone to bring the book justice. The reader makes everything sound like a question, fragmented, and stupid. I never write reviews. This is only to show my genuine disappointment of the performance of one of my favorite authors, who might also be turning in his grave if he could hear it.

Beautiful story with deep truths to ponder. Unfortunately, it was mostly ruined by this audio version.

Loved it! I have enjoyed George MacDonald's historical fiction for years. This phantasy was a like new gift from the mind of an old friend.