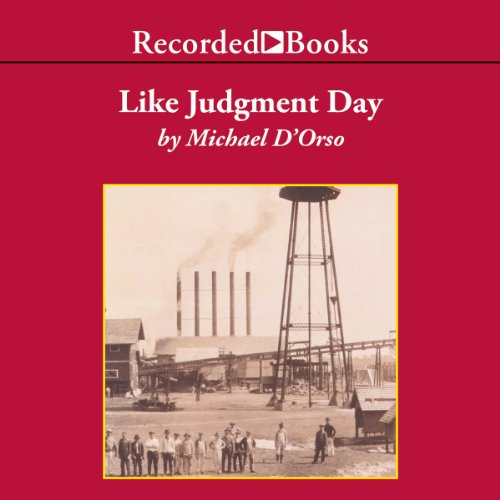 The Ruin and Redemption of a Town Called Rosewood
By: Michael D'Orso
Narrated by: Richard M. Davidson
Length: 14 hrs and 24 mins
Categories: History, 20th Century
4 out of 5 stars 3.8 (16 ratings)

Stunning and powerful, Like Judgment Day is the hauntingly true story of the Rosewood massacre. Michael D'Orso's compelling journalistic prose reads like the most vivid novel as he describes the earth-shattering events of January 1923 and its survivors' patient, 70-year quest for justice.

When a black man was accused of attacking a white woman in a rural Florida town, a tinderbox of racial hatred was ignited. On New Year's Day 1923, Rosewood, a town of hard-working, middle-class African Americans, was burned to the ground by an angry mob of whites. After hiding in frigid nearby swamps for days, the few survivors never returned. The town's existence vanished like a mirage until 1982 when a local journalist - writing an article on weekend getaways - stumbled upon the Rosewood secret.

"Journalist D'Orso's considerable storytelling talents provide a gripping account of Rosewood and the shameful history of lynching in the South." ( Library Journal)

First of all I enjoy history and this is a well written historical account of typical race relations in the south around the turn of the century. Most people see Florida and don't understand they are really talking about a place that is indistinquishable from Alabama, Georgia, Ms. etc. This is an amazing account of families that have somehow overcome the challenge of being black in the south, around 1910, to become property owners and good citizens--by any measure.
I am from the south and unless you are, you may not comprehend the feelings and thoughts expressed by survivors and their descendants, but at least listen. What happened was real and typical of white attitudes towards blacks during the period. It wraps up in present day Rosewood and reflects the ongoing resentment towards blacks in the south, especially in more rural areas.
We keep it more civilized now-a-days, and it is getting better.
Good Reading.