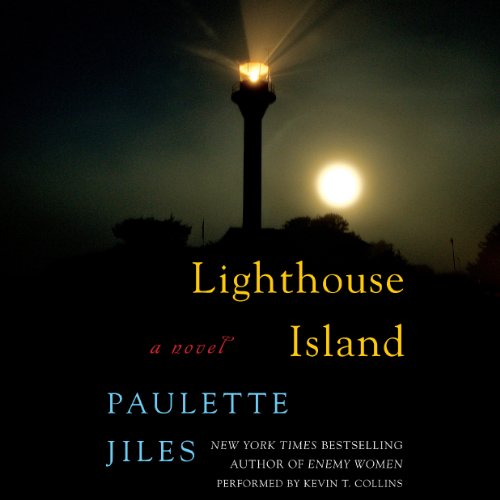 By: Paulette Jiles
Narrated by: Kevin T. Collins
Try for $0.00

The acclaimed poet and New York Times best-selling author of The Color of Lightning, Stormy Weather, and Enemy Women limns new territory with this captivating and atmospheric story set in the far future - a beautiful and engaging literary dystopian tale resonant with love and hope.

In the coming centuries, the world's population has exploded and covered the Earth with endless cities. Animals are nearly all gone. Drought plagues the land and cloudy water is issued by the quart. There are no maps, no borders, no numbered years. On this urban planet the only relief from the overcrowding, the petty informers, and the harsh rule of the big Agencies is the television in every living space, offering dreams of vanished waterfalls and the promise of virtual vacations in green spaces for the lucky few.

It is an unwelcoming world for an orphan like Nadia Stepan, abandoned by her parents on a crowded street when she was four with only a drawing of the constellations of the Big Dipper - Cassiopeia's Chair and the North Star - and her mother's parting words: "Look to the North Star, and we will always be there." Shuttled from orphanage to orphanage, foster family to foster family, Nadia grows up dreaming of the vacation spot called Lighthouse Island, in a place called the Pacific Northwest where she believes her long-lost parents must be. As her obsession grows, so too does her determination to find her way there.

In the meantime, this bright and witty orphan falls into the refuge of old and neglected books; the lost world of the imagination filled with characters who can't disappear, or be arrested, or hurt her. And there is the voice, bounced from an abandoned satellite, that patiently reads, over and over, the great classical books of the world - Big Radio, a sound in the night that lifts Nadia above the relentless television noise and the dull and perpetual Present. Despite deprivation, uncertainty, and the deceptions she must use to survive, Nadia's dream never waivers. "It will get better, life will get better."

When an opportunity for escape appears, Nadia takes it, abandoning everything to strike out for Lighthouse Island in a dangerous and sometimes comic adventure. She faces every contingency with bottomless inventiveness and meets the man who changes the course of her life: James Orotov, a mapmaker and demolition expert. Together, they evade arrest and head north toward a place of wild beauty that lies beyond the megalopolis: Lighthouse Island and its all-seeing eye.

What listeners say about Lighthouse Island

The narrator’s reading cadence was like listening to a poetry slam poet not a story rhythm. Totally distracted from the story.

The story was a 10
The images created by words are wonderful
They weave together to create an inter laced story of intrigue, mystery,survival and passion
A read well worth your time
Thank you Paulette Jiles for sharing a gift with the world

I’m a fan of Paulette Jiles. I loved her novel News of the World. I was looking forward to hearing this story. But soon I found it to be a story of the apocalypse. I find these stories depressing and disturbing. I really did not like the narration. I found him monotonous and annoying. I was quite disappointed with this production.

Not for me. Too much angst, not enough story

I gave up after chapter 6. The main character had no identity or companions. Just angst and desire to overcome the machine that still isn't identified.

Powerfully in the near future

This story was fascinating, strange and compelling, especially read by the chosen narrator. It lost me in places while the lilt of the poetic carried me on regardless...like a sea voyage, trusting the captain...