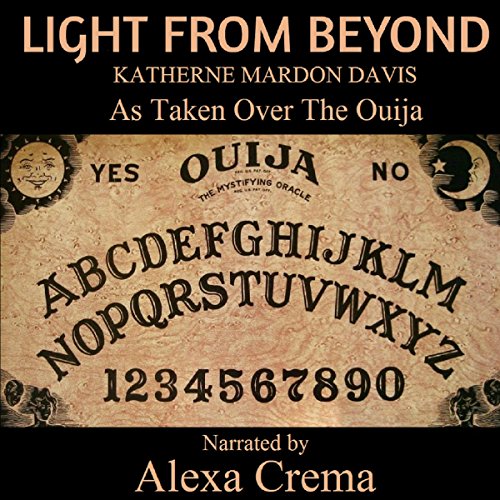 By: Katherine Mardon Davis
Narrated by: Alexa Crema
Try for $0.00

In the latter part of February we were spending the evening with some friends. Somehow the talk got around to a recent article by Ella Wheeler Wilcox in Cosmopolitan then to spiritualism and finally to Ouija boards. We found that the latter were common in the neighborhood, and we borrowed one.

The wife of the sculptor to whom the board belonged could work it, more or less, with success but no one in our party could it work until Mrs. X. (Katherine Davis) placed her hands on it. Then it did work and in a most alarming way. It told some things that were most embarrassing to us all and did not stop at profanity. But it did work and it was not pushed.

Light from Beyond: As Taken Over the Ouija Board was written by Katherine Mardon Davis and was first published in 1919. The work formed part of the Harry Houdini Collection.

What listeners say about Light from Beyond

The narration in this book was too fast and the story wasn’t what I expected at all. There was far too much about God in it for my liking.