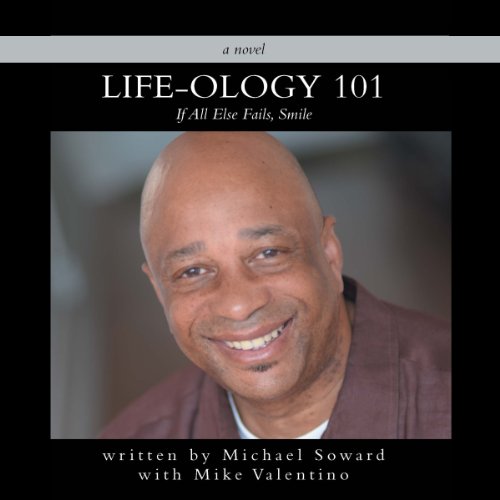 By: Michael Soward
Narrated by: Dave Wright
Try for $0.00

Life is what it is, and sometimes the pain, the unusual twists and turns of it are unavoidable, though through its entirety one must always smile, for this is a great start of the healing process. Author Michael Soward has lived by these words, and in his new book, “Life-ology 101,” he shares his life journey with readers everywhere, giving them a brief written snapshot of his life from childhood to his arrival in New York City, and all the adversities he met and overcame along the way.

This audiobook is an autobiographical chronicle of the life and times of Michael Soward, following his journey from his days as a teenager who came from a strict African-American household to a liberated young adult exploring a nation that was also experiencing sweeping changes. Readers will witness the metamorphosis of a man coinciding with the transformation of an entire society, a domino effect wherein both will never be the same again. Soward's compelling narrative contains invaluable life lessons on freedom, on a personal and societal level, and on the great responsibilities that come with it.

What listeners say about Life-Ology 101

Yes, it is a very interesting autobiography, by Michael Soward, who was bought up in Arkansas with his younger brother and lived with their strict grandmother after being abandoned by their father. The family attend church regularly, and Michael discovered at a young age, he had a gift for playing the organ and it is the beginning of a lifelong love of music. In 1969, aged 18 he escaped to the big city and his life changes forever...

The whole story is very interesting and I couldn't pinpoint a favourite bit. I have to say however that throughout, this book runs a vein of the author’s deep religious belief and his faith in God. It is the importance of his church and love of music, which has sustained him through times of deep despair.

From Rags to Jazz!

The story, which follows, is of one man’s journey, his marriage, fatherhood, hopes, dreams and foibles’. It is frank and honest, brutally so sometimes. He openly talks about his relationship with his father, the driving forces in his life and the leaps of faith, which have made him into the man he is today.I have always loved listening to memoirs, catching a glimpse into peoples’ lives and discovering the experiences, which have made them the person they are today. This is a very honestly written book, interesting and thought provoking, the journey of a young boy from the Deep South who ends up a father and grandfather living in New York, and all the bits in-between.