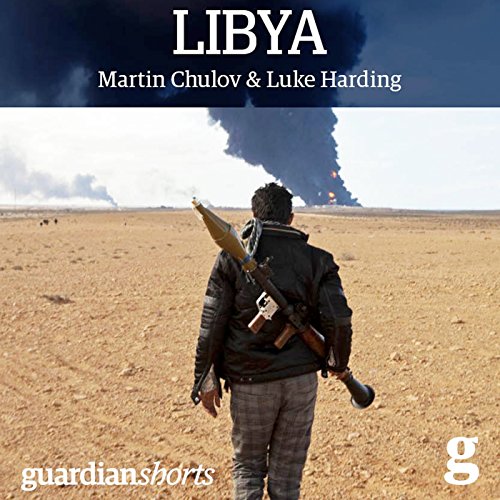 By: Martin Chulov,Luke Harding
Narrated by: Philip Rose
Try for $0.00

In the brutal hours before and after Gaddaﬁ's overthrow and throughout the revolutionary aftermath of the past year, Luke Harding and Martin Chulov have reported for the Guardian from inside Libya. In this Guardian Short, brand-new reportage gives in vivid, personal detail, an eyewitness account of the moment of Gaddaﬁ's capture and the current state of Libya.

The end for Colonel Muammar Gaddafi when it came, after 42 years of dictatorial power, was ignominious and violent. After months of bloody fighting, the Libyan revolutionary forces had driven their former leader from Tripoli before capturing him in a drainpipe in the city of Sirte. The gory images captured on the mobile phones of the victors were reproduced on newspaper front pages around the world, marking the end of a cruel regime. In the capital, ordinary Libyans explored the once forbidden compound that housed Gaddafi and his family. In the days that followed, they queued in the streets of the broken city for their chance to see the dead bodies of their oppressors.

Chulov and Harding tell the story of their conversations with Libyans from both sides of the conflict, the culmination of the revolution and its tumultuous aftermath with color and intensity. From the uncertain, threatening days following Gaddafi's deposal, to the storming of the US consulate and the death of the US Ambassador on September 11, 2012, Libya is an immediate, gripping account that explores the events and global political influence of the Arab Spring as it continues to unfold.

What listeners say about Libya