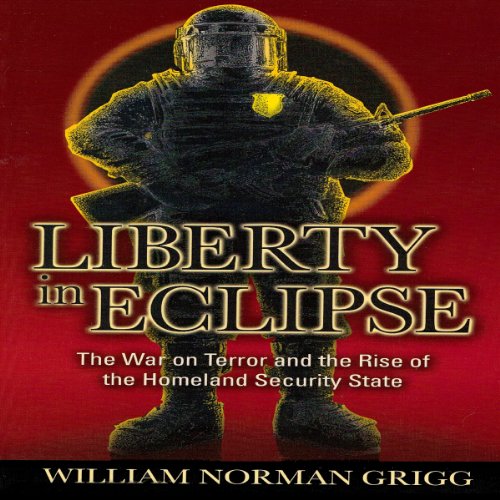 By: William Norman Grigg
Narrated by: Jeff Hays
Try for $0.00

Liberty in Eclipse is an expose and indictment of our nation's descent into the early stages of police state tyranny. Topics discussed include the militarization and federalization of law enforcement; the establishment of a quasi-dictatorial "war presidency"; the evisceration of the Bill of Rights, and due process guarantees going back to the Magna Carta; the increasingly commonplace surveillance of Americans; the institutionalization of torture; and the likely restoration of conscription, including a military draft.

What listeners say about Liberty in Eclipse

Well written for every liberty-loving individual. Also, very well researched! Quite timely for our generation.

One of the best writer's best books!

Will Grigg is without peer both in his command of the English language, and his knowledge and understanding of our current police state. On paper, we've reached the end result of totalitarian despotism; it just hasn't been carried out to its extremes yet. It can and likely will get far, far worse, but no more groundwork need be laid.

I HIGHLY recommended "Liberty in Eclipse."