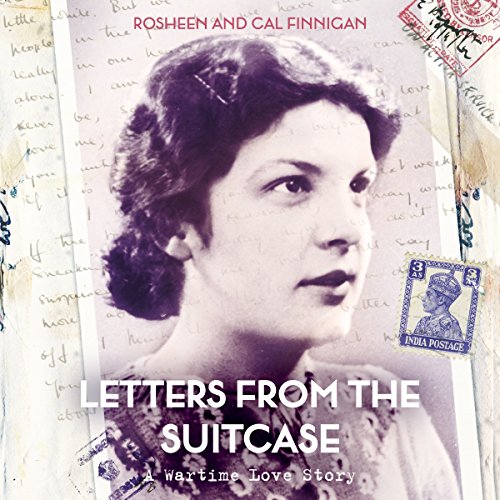 Letters from the Suitcase

Letters from the Suitcase reveals the vivid, poignant and hugely detailed wartime correspondence between David and Mary Francis from 1938 to 1943, and a unique love story, sure to appeal to fans of Roald Dahl's Love from Boy, Sheila Hancock's Miss Carter's War or Helen Simonson's Major Pettigrew's Last Stand.

'I still have that recurring fear of something happening to me before I see you again, and before I can tell you myself just how much and how often I've realised during the last few months that I love you completely and to the exclusion of all others. Remember that, because if there wasn't you, my darling Mary, the world would seem very empty and meaningless.'

Mary was only 21 when she met and fell in love with the privately educated 19-year-old David in 1938. Their affair was passionate, and in a swing of disgust at their class divide and the growing rise of fascism and the Nazi party in Europe, they joined the Communist Party. These letters reveal their intelligence and thoughtfulness, details of their lives working as a secretary at Bletchley Park and as a young officer in action on the other side of the world, their marriage against the wishes of David's parents, their sexual desire and longing, and Mary's experience of bringing up a small baby alone. David was to die in India five years after their meeting, though his letters continued to reach Mary long after the event. At the heart this is the story of a short but rich, rewarding and colourful love, written with vivacity and honesty. It is also the story of a father that Rosheen Finnigan never knew and a fascinating social history, utterly unique in the telling.

What listeners say about Letters from the Suitcase