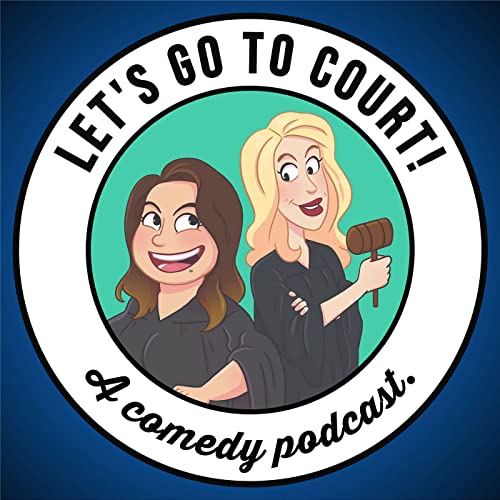 What listeners say about Let's Go To Court!

baby ‘84, class of ‘03…song lyric/movie quote sponge…true crime obsessed since WAY before an appropriate age - i have found my perfect podcast match🖤 THEY👏🏼HAVE👏🏼IT👏🏼ALL👏🏼

the podcast I look forward to the most

I love both these women they make me laugh. I love all the bad jokes. it makes me laugh how many times they'll say something n it'll make me start singing a song then they start singing it! this is my favorite podcasts ❤

I'm writing her of you because no one else did

It is a travesty that no one has reviewed this period therefore here I am reviewing this period you girls got me through my divorce and through so much more. I am going back and listening to every single episode. Even those that the audio was horrible. Love you guys

I love this podcast. Two best friends (since middle school) just chat'n 'bout life and then telling us stories about truly horrible, curious and crazy crimes.

I love this podcast. it is a perfect combination of sinister, legal and silly.