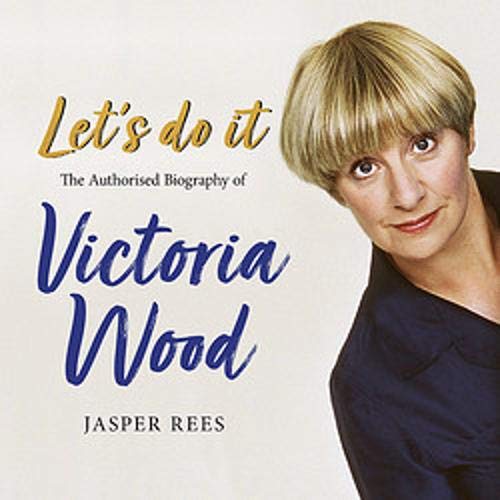 Trapeze audiobooks presents an extraordinary multi-voice tribute to one of Britain's most talented and most loved entertainers: Victoria Wood.

This audiobook features narration from some of the extraordinary voices who worked with Victoria over her career:

With an introduction read by Jasper Rees and two recordings of Victoria Wood's classic Ballad of Barry and Freda.

I was born with a warped sense of humour and when I was carried home from being born it was Coronation Day and so I was called Victoria, but you are not supposed to know who wrote this anyway. It is about time I unleashed my pent-up emotions in a bitter comment on the state of our society but it's not quite me so I think I shall write a heart-warming story with laughter behind the tears and tears behind the laughter which means hysterics to you Philistines....

In her passport, Victoria Wood listed her occupation as 'entertainer' - and in stand-up and sketches, songs and sitcom, musicals and dramas, she became the greatest entertainer of the age. Those things that might have held her back - her lonely childhood, her crippling shyness and above all the disadvantage of being a woman in a male-run industry - she turned to her advantage to make extraordinary comedy about ordinary people living ordinary lives in ordinary bodies. She wasn't fond of the term, but Victoria Wood truly was a national treasure - and her loss is still keenly felt.

Victoria had plenty of stories still to tell when she died in 2016, and one of those was her own autobiography.

'I will do it one day,' she told journalist and author Jasper Rees when he first met her in 2001. 'It would be about my childhood, about my first few years in show-business, which were really interesting and would make a really nice story.'

That sadly never came to pass, so Victoria's estate has asked Jasper Rees, who interviewed her more than anyone else, to tell her extraordinary story in full. He has been granted complete and exclusive access to Victoria's rich archive of personal and professional material and has conducted more than 200 interviews with her family, friends and colleagues - among them Victoria's children, her sisters, her ex-husband, Geoffrey Durham, Julie Walters, Celia Imrie, Dawn French, Anne Reid, Imelda Staunton and many more.

What emerges is a portrait of a true pioneer who spoke to her audience like no one before or since.

What listeners say about Let's Do It

Going in, I expected this book to be the typical sort of reverential, cosy treatment of Victoria Wood which often crops up on tv. However, this book delves much deeper and gives a far more human portrait of her which is honest, incredibly detailed and absolutely fascinating. It has a warts and all approach and is all the better for it. So what I thought would be a warm and easy listen has turned out to be my favourite biography of the year! Superb!

Exhaustive and detailed about someone I admire - whose work I love. Sometimes there is too much detail. I was pleased I bought it as an audiobook because I would have skimmed a hard copy. It was good to have a variety of voices, some of which I recognised. After hearing the long story of VW’s life, we get to the sad end, and hear her telling a joke and then singing The ballad of Barry and Freda. I was in tears. What a sad loss.

This was an extremely detailed account of Victoria’s life and, whilst it didn’t really get tedious, I did speed it up. The narrators were a mixed bag - it’s a mistake to think that good actors always make the best narrators.

But be prepared to be heartbroken. I loved the depth of this insight into Victoria. The reading by different friends brought her back to life. I wish I had known her but I probably had a lucky escape! Plan to listen more than just the once.

Great Book ... She Deserved Nothing Less

As has been said in reviews in press and reviews on Audible / Amazon, a wonderful book about an amazing career - with the details of VW's childhood quite upsetting for fans to deal with. The book is perfectly paced, with just amount of detail for the many phases of her career. It's certainly not a hagiography, with VW's spikiness and shyness certainly not glossed over. It's particularly sad to realise that the actors that made up her regulars saw the troupe as more of a working relationship than a friendship group, but it's a tribute to VW that so many are assembled for the reading of this book. Hearing David Threlfall 'do' Alan Bennett (and many others) is one of the many opportunities for the readers to inhabit the people they are quoting from as part of the book. And Julie Walters says the 'c' word - I nearly dropped spat out my macaroon. Lots of laughs, even to the end.

What a brilliant book. Well thought out, beautifully narrated and such a heartfelt tribute to the wonderful Victoria wood

Well worth persevering. The last chapters would,as they say, “Bring a tear to a glass eye.”

What an amazing woman. It’s very long and great to hear how she was definitely not an overnight success.

Such a poor quality recording.

What a shame. Like most ageing homos. I’m a huge fan and such a celeb fest of readers. How could this not be amazing. Maybe it’s just my version but so many clipped sentences. Unclear first words. Very disappointed. Overall of course the material and the narrative of our marvellous Victoria was gripping. But the very poor recording. Really undermined my engagement.