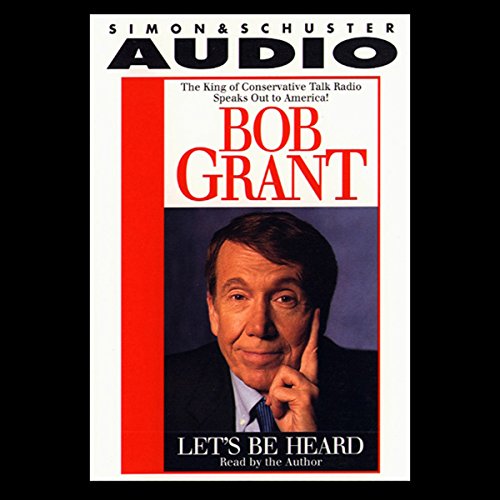 For more than 25 years, Bob Grant has mesmerized radio listeners with his pioneering "tell it like it is" style of straight talk. He's outrageous, he's addictive, and he has a number-one ranked talk show. Always informed, always in the center of national controversy, Grant may make conservatives stand up and cheer, and liberals howl in protest -- but in Let's Be Heard, he makes everyone take notice.

"I don't mind if others call me conservative, but I'm just me." Most of his listeners love him, many others love to hate him, but for all who tune in each afternoon to his heady and engaging mix of old-fashioned storytelling and withering social commentary, Bob Grant is, more than anything else, a supreme entertainer. Let's Be Heard will tell us just why he's tops in American talk radio.