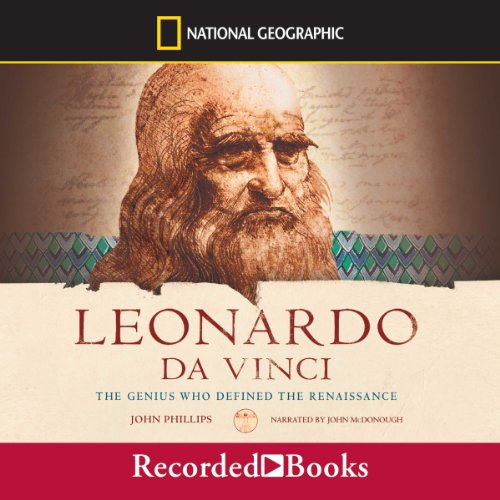 Leonardo Da Vinci: The Genius Who Defined the Renaissance

By: John Phillips
Narrated by: John McDonough
Try for $0.00

Leonardo da Vinci was born in a small Italian town in 1452. He trained to be a painter, but he only completed around 13 paintings—one of which was the famous Mona Lisa.

Even though Leonardo wanted to learn all he could, he never received a formal education. Struggling to make a living in his 20s, he then moved to Milan, where he flourished. New worlds of discovery opened to him and his interests in engineering, art, theatre, and much more were satisfied. He expanded his knowledge in these fields to become a key figure in the Renaissance and an inventor whose designs of helicopters, parachutes, submarines, and many other ingenious devices were well ahead of their time.

What listeners say about Leonardo Da Vinci: The Genius Who Defined the Renaissance