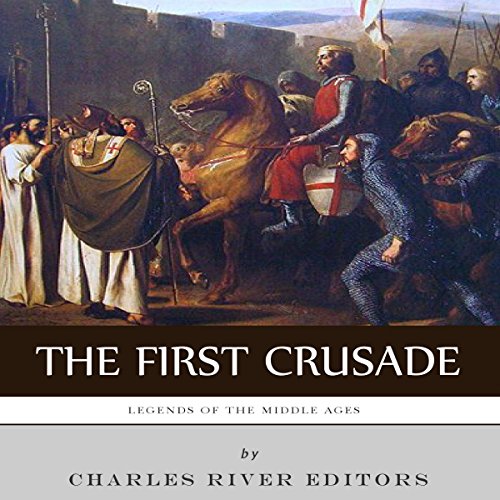 Legends of the Middle Ages: The First Crusade

Legends of the Middle Ages: The First Crusade

"I, or rather the Lord, beseech you as Christ's heralds to publish this everywhere and to persuade all people of whatever rank, foot-soldiers and knights, poor and rich, to carry aid promptly to those Christians and to destroy that vile race from the lands of our friends. I say this to those who are present, it is meant also for those who are absent. Moreover, Christ commands it." (Pope Urban II, 1095)

When a crusader army of Western European Franks took Jerusalem by storm on July 15, 1099, it was one of the more unexpected conquests in history. Everything seemed to be against them for the previous three years of crusades right up to the final siege, yet they finally prevailed. And when they did, they massacred most if not all of the population before establishing a Christian realm in a region that had been taken over by the Muslims in 634 CE.

The First Crusade is a difficult and polarizing event, even among modern historians. For some the crusaders were heroes and saints, and for others they were devils who disrupted the peaceful local sects of Muslims, Jews, and Christians, establishing an alien colony that heralded modern European imperialism. To serve the needs of whatever story they want to tell, some historians will begin their tales at some convenient point in history that makes their sides look good. In fact the First Crusade is also a signal example of why it is unwise to choose sides in history because neither side was correct, and the situation was highly complex.

Though it went largely unremarked in the Islamic world at the time, the First Crusade has since become a contentious symbol of European imperialism in the Middle East.