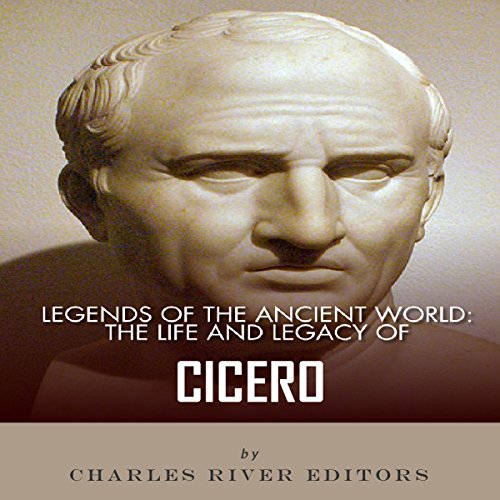 Legends of the Ancient World: The Life and Legacy of Cicero

Legends of the Ancient World: The Life and Legacy of Cicero

"Genius is fostered by energy." (Cicero)

Marcus Tullius Cicero (106-43 BC) was one of the most famous Romans in his day, and posterity has been even kinder to him. Cicero was a legend in his own time for his oratory abilities, which he used to persuade fellow senators and denounce enemies like Catiline and Mark Antony, but he was also one of Rome's most prodigious writers and political philosophers. Alongside Pericles, Cicero was one of antiquity's greatest politicians, and he has remained one of the most influential statesmen in history, relied upon by the Romans of his day, political philosophers like John Locke, Enlightenment thinkers like Rousseau, and America's founding fathers. Thomas Jefferson credited Cicero as an inspiration for the Declaration of Independence, and John Adams asserted, "As all the ages of the world have not produced a greater statesman and philosopher united than Cicero, his authority should have great weight."

While De re publica (The Republic) is his most well-known work, Cicero's letters were also preserved. Cicero's letters include informal correspondences to friends, as well as long-winding thoughts about political topics that could pass as their own treatises. Nothing escaped Cicero's attention, indicating the extent to which Cicero kept up with events and how frequently he put his thoughts down on paper. The period covered by the letters of Cicero is one of the most important periods not just for Rome, but for the history of the world, and it was covered by one of the most knowledgeable authorities at the time.

I recommend this book to anyone who wants to know more about Cicero, his works and his politics, but who doesn't want to spend the equivalent time of a college course gaining this information.

Elaine Kellner does a great job presenting the material. She had nice pacing and clear pronunciation, which is especially important given the numerous foreign names and places.

This short piece includes a lot of information, and although it tries to include some of the writings of Cicero, it is mainly a quick overview of his life as lawyer, orator, and politician, a man of brilliance and devotion to the idea of the rule of law and continuing opposition to tyranny. Nicely performed by Elaine Kellner, with pleasing tones and excellent pacing. For folks who prefer nonfiction, this is a perfect selection for a short trip. For those who still like fiction best, this brief taste of solid history provides just the sort of background needed to enjoy fiction set in the Roman Empire.