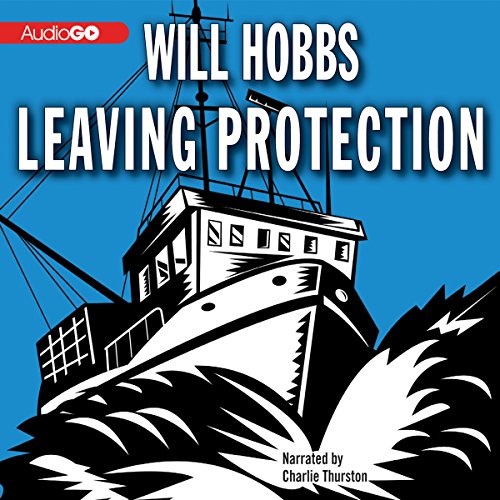 By: Will Hobbs
Narrated by: Charlie Thurston
Try for $0.00

Raised in the island world of southeast Alaska, 16-year-old Robbie Daniels jumps at the chance to work as a deckhand on a salmon troller captained by legendary fisherman Tor Torsen. Catching king salmon from dawn till dusk, Robbie is living his dream - until he discovers his mysterious captain's dark secret.

Tor is illegally searching the coastline for historic metal plaques buried by early Russian explorers. When Robbie learns the value of these hidden treasures, he fears he may know too much to survive. Tor's wrath and a violent storm at sea put Robbie's courage and wits to the ultimate test.

What listeners say about Leaving Protection

The detail from start to finish is just amazing. this is by far one of my most favorite books of all time.

This was a great book but I must admit that I was completely baffled by the ending. As I did not even remotely expect what happened to happen. Really great book though. Quite mysterious. I kind of want to know what happens next but I know it’s just up for interpretation

Don't bother with the Audio version

I returned the book unfinished. I could not get past the gross mispronunciation of the Alaskan Native tribe. It killed the authenticity of the story.