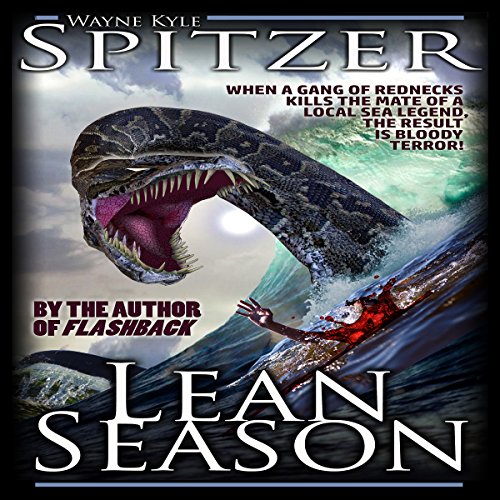 By: Wayne Kyle Spitzer
Narrated by: Bill Murphy
Try for $0.00

The fire returned to the young man's eyes - almost. He looked around the shattered dock, at the riddled corpse and the oily, bloody water, at the spitting power lines and the dead lights, the peeling boardwalk on the shore.

He glanced at the corpse. "And we probably just killed its mate."

What listeners say about Lean Season

I really enjoyed this short horror story the only thing that turned me off was the use of a derogatory term used against people of Asian ethnicity. The narrator was excellent. I received this book from Audiobooks Unleashed and this is my honest unbiased review.