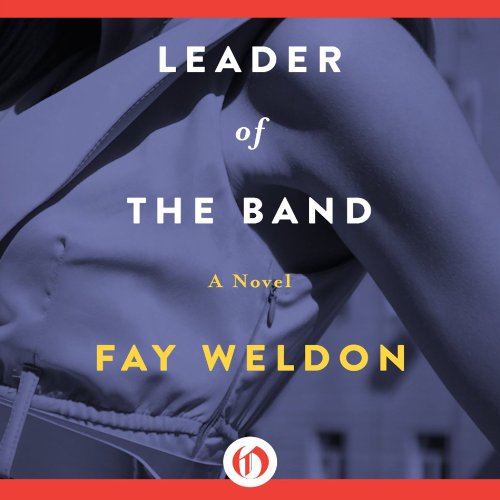 Leader of the Band

Wicked, irreverent, and utterly charming, Leader of the Band introduces a heroine unabashedly devoted to her own desires. Starlady Sandra, discoverer of the planet Athena, television astronomer, and wife to a humorless barrister, runs off with the leader of the band. He is Jack the sax player, so provocative that it's into the bushes and off with her slinky white dress between sets.

It's love at first sex, and Sandra decides to give up everything to follow Jack and his caravan of motley musicians to France - deserting husband, job, responsibility, and all those fans of her late-night astronomy show.

Leader of the Band is both a picaresque adventure and an acerbic meditation on marital relations; the appeal of love or the appeal of money; the nature of adolescence (in a teenager or a forty-year old); and the quest for fulfillment. Every subject is twisted in delightful ways by Fay Weldon's exuberant wit and wisdom, and - for a while at least - the message is, you can have it all…if you are not shy about stealing some of it, and if you are willing to make a few sacrifices along the way.

Weldon here creates an audaciously selfish heroine whose unfettered whims lead to a raucous reshuffling of the cards of human morals and mores.

What listeners say about Leader of the Band