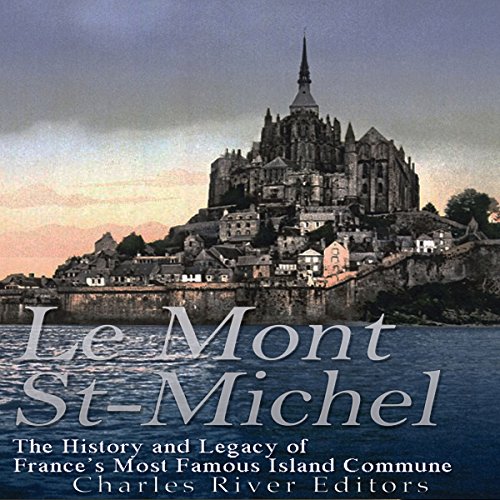 The History and Legacy of France's Most Famous Island Commune
By: Charles River Editors
Narrated by: Kenneth Ray
Length: 1 hr and 23 mins
Categories: History, European
4 out of 5 stars 4.0 (6 ratings)

Fans of the Lord of the Rings franchise instantly fell in love with the brooding but majestic Minas Tirith, the mesmerizing entity boasting looming stone towers on every level. As with most brilliant works of art, a muse or source of inspiration was responsible. In this case, it is said that the magical city and circular fortress had been inspired by one very real island - the legendary Mont Saint-Michel in Normandy, France. The same island makes an appearance, complete with exquisitely rendered layouts, in the hit video games Assassin's Creed: Brotherhood and Revelations.

Resting on the cradle of a rock formation 264 feet above ground, in the heart of a 97-hectare island on the coast and border of Normandy and Brittany, Mont Saint-Michel features a glorious cathedral atop a mighty mountain. Upon closer inspection, one notices the floating multilevel town that lies underneath it. Even from miles away, the picturesque view of the island emits an ethereal aura, set against the backdrop of the radiant coral-pink horizon. It looks straight out of a fantastical reverie as the church towers and its striking spire cast their reflection onto the glass-like surface of the blue-green bay. As spell-binding as the island appears, it is equally toxic, impregnated with thick billows of fog making for difficult vision, volatile quicksand pits that could snag one's feet in a split second, and of course, its notorious tides.