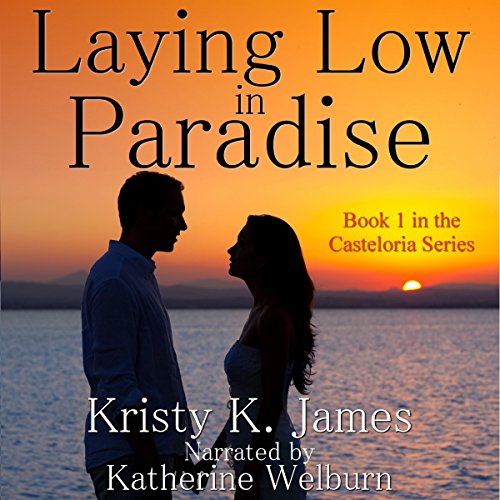 By: Kristy K. James
Narrated by: Katie Welburn
Try for $0.00

From the author of the popular Coach's Boys series, Kristy K. James, comes a romantic suspense story to keep you on the edge of your seat!

He's hiding out because someone wants him dead….

Cameron Rafferty is keeping secrets. Dangerous secrets that could endanger the lives of everyone around him. His plan was simple...keep a low profile until the would-be killer was found. And it was working - until an accident changed everything. Before he knows it, he finds himself becoming more involved with the family next door, and wishing for things he shouldn't. Things that will put their lives in jeopardy, too.

Her summer plans didn't include secrets and danger....

Spending summers on Bois Blanc Island was a tradition for author Laura Keane and her young son. Filled with special memories of the husband she'd lost to war, she looked forward to days of reminiscing, playing, and working on her newest novel. She didn't expect this year to be any different - but that was before their sexy neighbor came to her rescue like a knight in shining armor. Will that armor be tarnished when she finds out what he is and why he's living next door?

What listeners say about Laying Low in Paradise

absolutely loved it! It made me laugh and cry. i couldn't put it down. the narrator was fantastic and really brought the story to life. I have downloaded book two and I can't wait to listen to it.

Would you listen to Laying Low in Paradise again? Why?

Yes I would, I loved this book. I loved that it kept my attention and kept me guessing even made me hold my breath a few times

I think I loved Sam the most because he took it as a challenge to get Brendan out of his room, let Cameron know he had his bat if needed and was so funny, but the Nolan when he was dealing with the three guys at the end of the book was hilarious

Which character – as performed by Katie Welburn – was your favorite?

Definitely Sam you could just hear his sarcasm

Yes and and I did except for a few breaks

I loved the book when I read it but this audio version added so much more, I cried, held my breath and laughed the book was really brought to life

Got better about halfway through

I almost stopped listening about halfway through, but I'm glad I kept going - it was very good by the end. Initially the neighbor characters were not behaving like men typically would in their situation, just not believable. The reason was eventually was revealed, but almost too late. The narrator was very good with a broad range of engaging emotions, but was occasionally more cheerful than warranted in the moment. Nonetheless I look forward to the next installment. It's nice to find a clean book to listen to for a change.