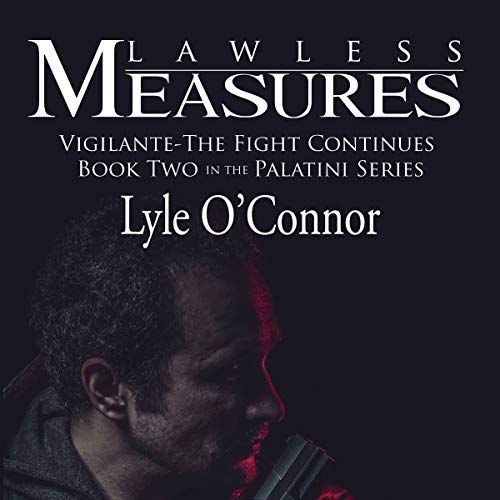 Walter Eloy Goe, crime fighter and vigilante for justice, takes on a Palatini project aimed at eliminating the Mafias sex trafficking of underage girls along the New York and Canadian border. The operation morphs into an all-out war when the Palatini's lead asset for the project, Anna Sasins, goes missing and is presumed murdered by the Abbandanza crime family.

Walter splits with the Palatini Knighthood when he's ordered by Society Palatini Grand Master Maximillian Karnage to abandon Anna and to tie off the operation. Walter takes his one-man war to the mob in methods they understand. Body count climbs as he abducts and interrogates mobsters mafia style. The war heats up when two Palatini Knights join Walter in his lust for blood. Together they set out to revenge Anna's death and to annihilate the Toronto based crime family engaged in the sex trade involving kidnapped underage girls.

What listeners say about Lawless Measures