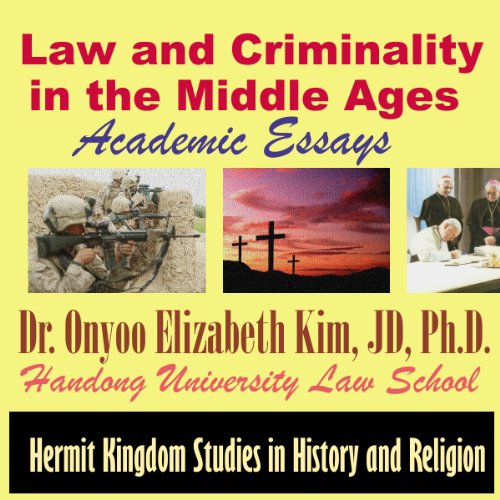 Law and Criminality in the Middle Ages

Law and Criminality in the Middle Ages: Academic Essays by Professor Onyoo Elizabeth Kim of Handong University in Korea is an academic feat in legal studies.

Trained by America's best medieval canon lawyers and having had extensive medieval law research experience in Europe, Professor Kim delivers an audiobook on the Law of the Middle Ages that is relevant for today's legal, scholarly, and intellectual discussions.

This audiobook contains five of Professor Kim's academic essays: "War and Its Justification in the Law of the Middle Ages," "Understanding 'Intent' in Criminal Law via Gratian's Decretum," and "St. Augustine Medieval Canon Law and Sacramental Theology: The Case of Baptism," "The Order of the Templars and their Criminalization in the 14th Century AD," "Understanding the History of Penance through Medieval Canon Law."

What listeners say about Law and Criminality in the Middle Ages