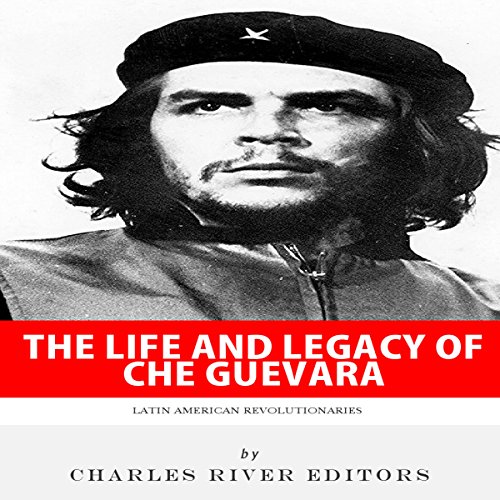 Latin American Revolutionaries: The Life and Legacy of Che Guevara

Latin American Revolutionaries: The Life and Legacy of Che Guevara

Ernesto Guevara de la Serna, known to the world as Che, has led two lives. In the first of these lives, the Argentine-born revolutionary was a remarkable and flawed doctor-turned-guerilla who left behind a highly controversial political legacy. In the second, he was - and is - first and foremost an image. Specifically, he is one particular image in which he appears as a wavy-haired, bearded young man with a beret and an intense gaze. The photograph, entitled Guerrillero Heroico and taken on March 5, 1960, by Cuban photographer Alberto Korda, is said to be the most reproduced image in the history of photography. Although Che's face, as captured by Korda, first achieved its global iconic status during the student revolts of the 1960s, it has subsequently reappeared again and again as a branding device for a wide array of products. Korda himself brought a copyright lawsuit against Smirnoff Vodka for using Guerillero Heroico in an advertising campaign, and since Korda's 2001 death his daughter has gone to court with several other companies. There is little market for the type of revolution that Che advocated and pursued, but the aura of rebellion that his image exudes still carries a notable sway.

The current status of Che Guevara, then, is paradoxical. The political platform he advocated as a communist revolutionary has been almost universally repudiated and only maintains a weak hold even in Cuba, the country where he exercised the greatest impact. The violent struggles he spearheaded in the Congo and Bolivia look at best quixotic and at worst foolish and pointlessly destructive. Yet Che is in no danger of being forgotten, mainly due to the persistent appeal of a decontextualized image. Most ironically of all, his image is frequently deployed to the direct economic benefit of the kinds of multinational corporations whose power he hoped to obliterate.