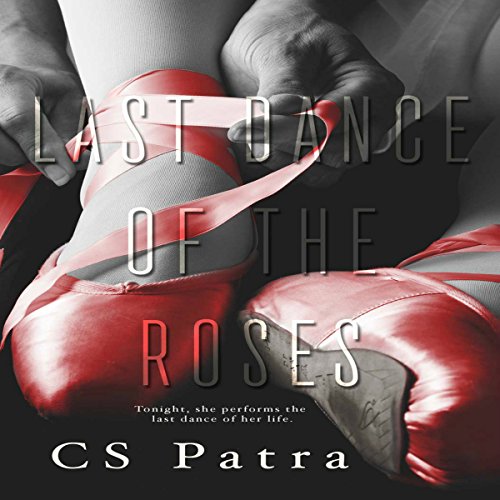 Last Dance of the Roses

By: CS Patra
Narrated by: Ronald Ray Strickland
Try for $0.00

Rose Xu had two passions in her life. One was her boyfriend of many years, Blake Chen, a talented pianist and her constant support. The other was dance. She had grown up dancing from a young age and vowed that she would never stop dancing. Despite injuries and mental issues, she told herself that she would always be the prima ballerina. Unfortunately, one incident in her past tends to haunt her. It's an incident that Blake knows about as well, and he's sworn to protect her at all costs.

What listeners say about Last Dance of the Roses

I was provided this audiobook through Audiobook Boom at no charge by the author, publisher and/or narrator in exchange for an unbiased review.
The narration was robotic and staggered, lacking the natural cadences in conversation. Add poor editing and occasional (unintentional) poor grammar and I was seriously disappointed. If a book is intriguing enough, I can overlook some of that but this is not the case. The romance was never built, it just was. The angst was a mere couple day break-up. The characters had no dimension or depth. All in all, a big disappointment.

I just wish this

I just wish this WAS LONGER! I wanted more then just 3 hours!! I recommend paying cash don't use a credit! WITH THAT BEING SAID YES THE BOOK IS GOOD & THE NARRATOR RONALD DID A GOOD JOB!!

The reader learns about the different struggles that Rose has to face on a daily basis.

One day Rose has an "accident" and everything changes, from that point on

Overall, the book was an interesting read. I like how the author writes in different genres.


Ronald Ray Strickland did ok..with the narration as a Ballerina.

Overall I enjoyed this book

I was given this book in return for honest unbiased opinion. I truly thought the story was great. A little teary but great intimate parts all throughout the book. I think the narration could have been better but wasn't horrible. Overall I enjoyed it and would recommend it!!

Narration Ronald Ray Strickland
This book is primarily about Rose, the female character, so I think it might have been best narrated by a female. A few inconsistencies in which voice used for which character.

The story is about Rose, her dancing career, dancing with broken bones, battles with eating disorders, battle against a perverted dance instructor when she was younger. It's kind of all over the place - a little jumpy, there are some inconsistencies that were bothersome. Wasn't really my cuppa.

This was a short listen so I thought I would get it done while doing laundry and cleaning the kitchen. I was not prepared for the wow.

First off, the male voice was unexpected. It was pleasant, even soothing at times, and that was the first wow.

The story was sweet, even beautiful at times, at that was the second wow. (We should all be so lucky.)

Then, well then, the third wow.

I never finished cleaning the kitchen. I needed a moment.

Get your Kleenex Ready!

The Last Dance of the Roses is a kind of love story between Rose and Blake. They’ve known each other since they were small children. Now adults they carry on a sexual relationship. He is a musician and she a dancer. Her life is all about dancing and Blake worries. His loves her more than anything. As the story lapses we find out more about Roses past and see how it affects her future.
This is a slower paced story and the plot crescendos when a horrible accident befalls Rose. I’ve listened to a few books by this author and enjoy her versatility. She doesn’t stay within the structure of a single genre but crosses over many. So depending on my mood I could pull up anyone of her books and listen. Kudos to her.
I enjoyed the story and the narrator was good but a male narrator didn’t work for me with this story since it’s mostly about Rose. He also didn’t really have the voice for the pacing of this novel. I think a female narrator would have been a better choice but he did good.
Warning don’t read without a box of Kleenex.

A Really good book, well worth a listen

I really liked this story, but I felt there was something missing with the narration but otherwise this is still an audiobook worth listening to.