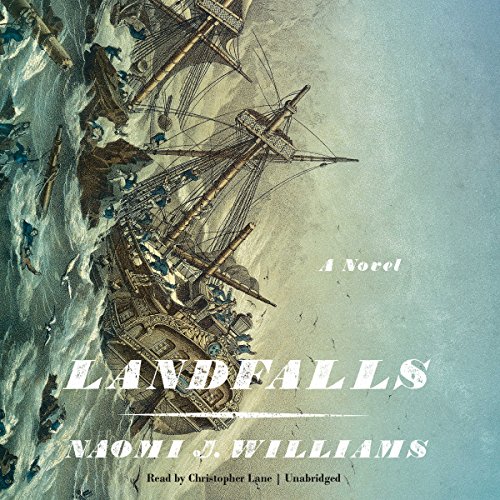 The gripping story of a dramatic eighteenth-century voyage of discovery

In her wildly inventive debut novel, Naomi Williams reimagines the historical La Pérouse expedition, a voyage of exploration that left Brest in 1785 with two frigates, 200 men, and overblown Enlightenment ideals and expectations, in a brave attempt to circumnavigate the globe for science and the glory of France.

Deeply grounded in historical fact but refracted through a powerful imagination, Landfalls follows the exploits and heartbreaks not only of the men on the ships but also of the people affected by the voyage - natives and other Europeans the explorers encountered, loved ones left waiting at home, and those who survived and remembered the expedition later. Each chapter is told from a different point of view and is set in a different part of the world - ranging from London to Alaska, from remote South Pacific islands to Siberia, and eventually back to France. The result is a beautifully written and absorbing tale of the high seas, scientific exploration, human tragedy, and the world on the cusp of the modern era.

By turns elegiac, profound, and comic, Landfalls reinvents the maritime adventure novel for the 21st century.