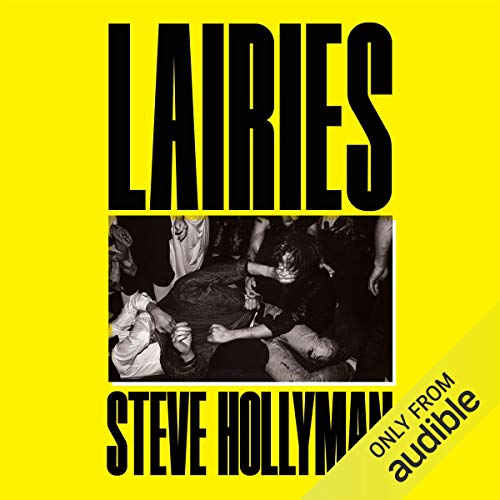 Shaun wakes up in hospital after a fight in a local nightclub and discovers his girlfriend has been assaulted. Ade and Colbeck were there that night - the climax to weeks of escalating violence, their two-man vigilante mission to kick back against a broken generation. A misguided plan to combat the lairies that blight broken Britain's bars, pubs and streets. What really happened that night? And how did it come to this?

Lairies is the brilliant and brutal debut from Steve Hollyman, mapping the lives of violent young men at the start of the 21st century, living aimlessly but desperately hunting for purpose. Hollyman speaks to the heart of working-class, small-town Britain, offering scathing insight into masculinity and the bleak realities of a man's aimless early 20s, lifting the lid on a world most would rather ignore.

What listeners say about Lairies