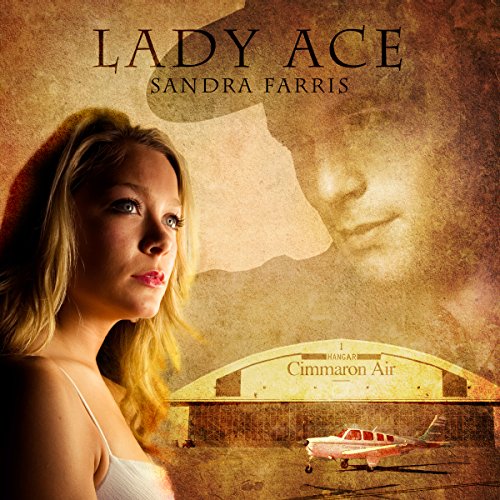 Kasey O'Brien's life has always been about airplanes; what makes them tick, what makes them fly. When her father's plane crashes into a Colorado mountainside, she takes over their failing air charter service and is determined to make it work.

On a charter flight with a passenger on board to Oregon's Briar Meadows Ranch, the left engine of Cimmaron Air's Beech Baron freezes up on final approach. Kasey has to set the plane down at the ranch without the aid of emergency services, thus earning her the nickname of “Lady Ace”.

During inspection of the engine, Kasey discovers an oil line has been purposely cut and she is forced to stay at the ranch until a replacement can be flown in. While at the ranch, she is captivated by the earthy and entirely masculine foreman, Cort Navarro. But Kasey has to conquer the intrigue that surrounds Cort as well. What was he hiding? And what was next for Kasey? Since he had failed, would the saboteur make another attempt on her life - or was Kasey's passenger his target?

I loved this story!!! This book is well written. It had me on the edge of my seat most of the time. I absolutely LOVED your narrator too. I really liked the different voice for when Lady Ace was talking to herself in her head (the voice). This is definitely one book where the narrator improved the story!

The author, Sandra Farris did a fabulous job keeping my attention! This is my second book read by Ms Farris and I love her style! Her books are SO GOOD! The narrator, Lia Frederick is an awesome narrator! She delivered this story with so many voices and accents and emotions. I could even feel Lady Ace's fear! Kudos to you both! If I could give you 10 stars, I would!!!

A great story and good audiobook

Lady Ace is an audiobook narrated by Lia Fredrick and written by Sandra Farris. Lady Ace is the nick name given to the main character Kasey O'Brian. After her fathers plane crashed into a Colorado Mountain Side she was left with running the family airplane business. When her plan looses power on final approach she lands the plane with her passengers in one piece.

Upon further inspection she finds her oil line was cut and begins to question what is going on. Is someone trying to kill her and if so did they succeed in killing her father also, or was it her passenger they were after. Who can she trust on this Oregon Ranch she flew too and can she keep her business and herself Alive?

Lia Fredrick does an excellent job narrating this audiobook.  The story is short, only six hours, and very intriguing. A great listen for a rainy day.

This audiobook was a gift in return for an honest review. Available on Audible.com

The story has a little bt of romance and a mystery thriller. I tried guessing who the guilty party was. A little clue made me guess his identity. The short story at the end was a bonus.