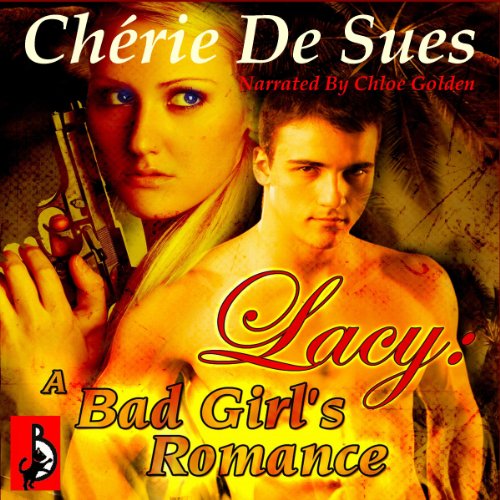 By: Cherie De Sues
Narrated by: Chloe Golden
Try for $0.00

Lacy Hennessey is the enforcer for the Boston Irish mob after the boss for the Italian mafia kills her father. After so many years of an informal truce between the two families, why has the Italian boss declared war on the Irish? She'll have the time to dwell on the future while on vacation with a new lover in Hawaii. Lacy is hopeful she'll find love for the first time in her life.

Dr. Josh Davenport has fallen for the beautiful, leggy blonde who isn't wired emotionally like other women he's known. As the clues to Lacy's occupation unfold, Josh struggles with his feelings of self-preservation when he learns he could be in the middle of a mob war. Josh is no saint and his past could get him killed if Lacy's boss gets wind of his shady associates.

Back in Boston, Lacy's world begins to crumble around her as secrets reveal a startling truth that could cost her everything she holds dear. In a bold move, Lacy will risk her life, love, and legacy to bring about a new era for the Boston Irish mob, and for her and Josh.

What listeners say about Lacy