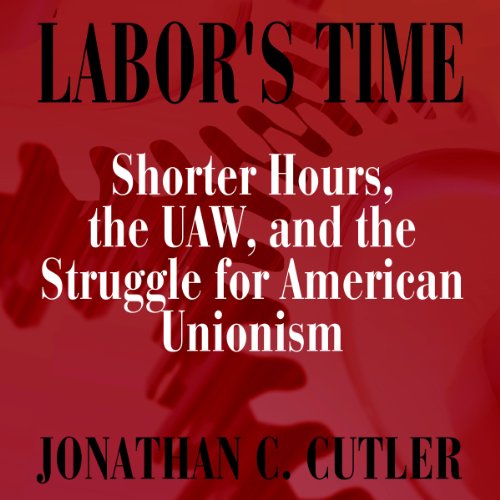 By: Jonathan Cutler
Narrated by: Gregg A. Rizzo
Try for $0.00

The movement for a shorter workweek that once defined the labor movement in the United States was largely displaced by the new corporatist structure of organized labor in the post-New Deal era. Labor's Time examines the changes that occurred within organized labor and traces their influence on the decline of the shorter hour's movement. Focusing on the internal union politics of the influential United Automobile Workers and Local 600, its chapter at Henry Ford's massive River Rouge factory, Jonathan Cutler demonstrates how an all-but-forgotten interracial movement for a shorter workweek during the 1950s and 1960s became a casualty of an increasingly top-heavy union bureaucracy that lost touch with the desires, fears, and aspirations of rank and file workers and dug its own grave in the process.

"[Cutler's] book is fascinating and informative, and it made me think." ( Against The Current)
"Should be required reading for all students of the so-called labor-management accord of the postwar period...an important new work in U.S. labor studies." ( Labor Studies)
"Jonathan Cutler's book is essential reading for those concerned about the fate of America's overworked and underpaid workers." (Thomas J. Sugrue, University of Pennsylvania)

What listeners say about Labor's Time