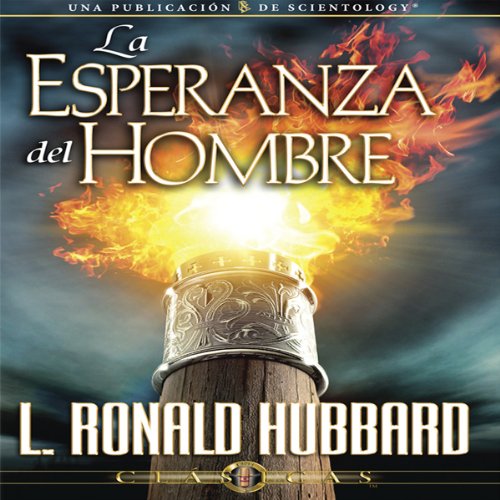 By: L. Ronald Hubbard
Narrated by: uncredited
Try for $0.00

"This work does not represent a revolt. It doesn’t even vaguely represent a desire for the demise of any of these things. All it represents is the hope that Man again can find his own feet, can find himself in a very confused, mechanistic society and can recover to himself some of the happiness, some of the sincerity and some of the love and kindness with which he was created." — L. Ron Hubbard

From the dawn of time, Man has cherished the hope he could achieve a greater freedom. That hope, articulated by the greatest religious leaders across the centuries, has time and again renewed his strength to face the future. But with no practical means to convert hope to reality, the goal of a greater freedom remained, for most if not all, a distant and unattainable dream. Then, with the onset of the 20th century, came the rapid and unprecedented advance of the physical sciences. Yet, at the same time, these sciences limited their research to the material world, ignoring or even denying the existence of the human soul. Such was the backdrop of Ron’s 25-year quest to solve the riddle of Man. Applying the tools and methodology of 20th-century science to the accumulated knowledge from thousands of years of religious teachings, Ron sought an understanding of exactly who and what Man is. Then, in 1952, he arrived at a historic discovery. With demonstrable proofs, rather than mere belief, Ron established that there is indeed an immortal spirit with infinite survival power—an awareness of awareness unit that is the individual himself. Moreover, by these same scientific methods, Ron further discovered that he could trace the life of this awareness of awareness unit…life after life after life. These remarkable discoveries signified no less than the long-sought meeting ground of science and religion. And with that, thousands of years of belief in the field of religion materialized into an actuality which any individual can realize in the here and now. So was born a new religion, the world’s first wholly practical religion—Scientology.

Please note: This audiobook is in Spanish.