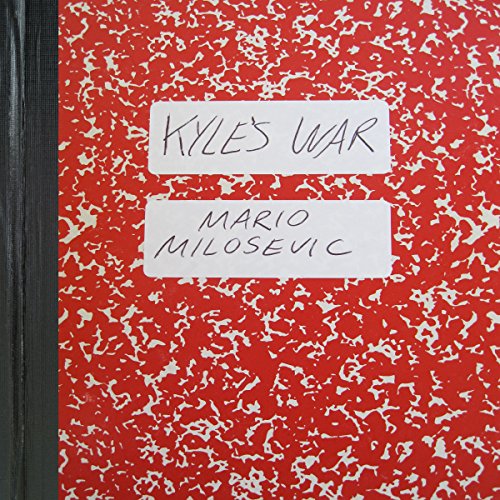 By: Mario Milosevic
Narrated by: Alex Beckham
Try for $0.00

Kyle lives a typical teen's life in Cedar Falls, Washington, with his Canadian expatriate parents who commit their lives to free expression. After Kyle's parents display paintings at their art gallery that depict the president as a terrorist and mass murderer, the feds shut down the gallery and brutally arrest Kyle's parents for subversive activities.

Kyle's life spins out of control. How will he survive without his parents? He tracks his days in various notebooks, grasping for some way to understand his crumbling world.

Meanwhile, the president lowers the draft age to 16. Teens all over the country will soon be dodging bullets in the Middle East where Chinese and American soldiers regularly exchange shots and mortar fire in skirmishes over the region's natural resources. Kyle needs to learn to fight and defend himself, or he will die.

He receives a smuggled message from his mother instructing him to go to Canada. A secret network helps him escape to Canada, where he soon discovers his own family harbors a horrific and violent secret that'll make Kyle question everything he thought he knew about loyalty, war, love, and peace.

What listeners say about Kyle's War

I liked that Kyle really loved his Mother. His treatment of his Grandfather.

The grandfather. How he crossed the border.

His talk with his grandfather

Was Kyle's War worth the listening time?