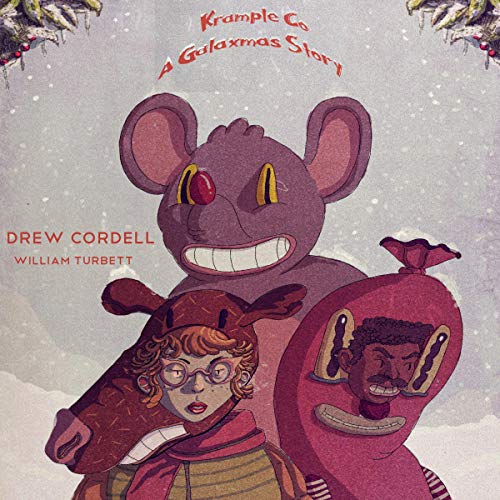 By: Drew Cordell
Narrated by: William Turbett
Free with a 30-day trial

Krample is the self-proclaimed evil CEO of Krample Co, a well-renowned toy company in the Jolian system. Each year, Krample sets out on a quest to thwart Galactic Claus and become the official toy provider for Galaxmas. With an increasingly disgruntled board of directors, Krample must take drastic measures to secure the future of his company and defeat Galactic Claus once and for all.

Join Krample, his trusted advisor and cookie-baking expert, a hot Kolithian secretary, and a pepperoni/AI framework expert as they set out on a not-so-epic Galaxmas quest.

A delightful and quick listen. It is a galactic Christmas tale featuring intergalactic toy corporations vying for the chance to be Galactic Claus and deliver presents to the people living in different systems throughout the universe. The book has a campy and cute feel to it. Loved it. It reminds me of Douglas Adams “Hitchhiker’s Guide to the Galaxy.”

Drew Cordell had my money with this one when I read the description. A toy company wants to bring down galactic Santa? It was so appealing. The narrator did a great job of sucking you into the story, the characters were interesting as well, but I honestly feel the story could have had a bit more length. The only complaint I have about the story, other than length, is that it could have benefited greatly from some more action scenes. I understand a feel good ending is what you were going for, but I'd expect an evil toy manufacturer to be a little more violent.