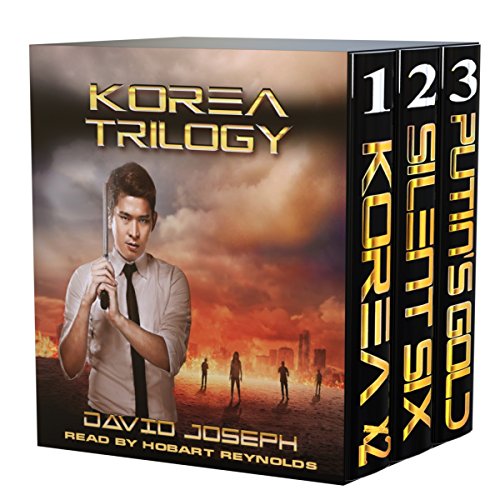 The Korean CIA director is killed by a North Korean assassin. Counterfeiting, drugs, and weapons of terror finance the North Korean government. Three Air Force Pararescuemen and a CIA officer join with the South Korean 707th Brigade, a team of female assassins, to form a team known only by President Reagan and CIA Director Casey as "the Silent Six." Their task: the destruction of the North Korean gangster regime. "The Silent Six" is the ultimate Special Operations Team.

Author David Joseph brings his most intriguing thriller yet - a terrifying story about terrorism and rescue - brilliantly paced with superb nonstop action. While tracking the 9/11 terrorist hijackers at the Kuala Lumpur Summit, the Silent Six team are redirected on a rescue mission of sheer audacity and nerve - rescue a group of children being transported from Camp 14 in North Korea. Here is David Joseph's heart-stopping masterpiece, a riveting novel about the most diabolical government and criminal syndicate that ever existed - the Kim regime and Office 39.

Putin and Kim Jong Un unleash a deadly reign of global terror by hijacking and shooting down a Malaysian airliner and circulating the "PBF", the Perfect Ben Franklin. CIA Director Mike Perry has followed the evil Office 39 director for over 30 years and finally has a chance to eliminate him along with the Kim regime. As an added bonus, the Federal Reserve cripples the Putin government through manipulating the oil markets, applying economic sanctions, and acquiring huge gold reserves in North Korea. Putin's Gold is a shocking novel paralleling real world events.

David Joseph's electrifying conclusion to the Korea Trilogy will have you glued to your headphones right down to the last word.

What did you love best about Korea Trilogy?

The accurate information about North Korea and the Kim Regime. The story even goes into Kim Jong un's early years as a child.

Yes, there was always "something" coming up next. Loved how Kim Jong in was killed.

Have you listened to any of Hobart Reynolds’s other performances before? How does this one compare?

Yes, I love Hobart as a narrator. He is meticulously mesmerizing in describing the scenes.

I listened to this book in 3 days.

This book should be required reading for President Trump and Defense Secretary Mathis!