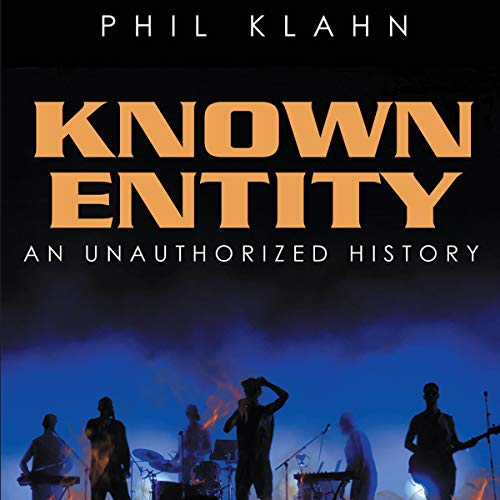 Unlike any other audiobook, Known Entity tells the story of a fictional folk rock band through their music and through the eyes of AP, a road-weary warrior who spent half a lifetime touring the country with different bands.

Near and dear to his heart is the band that started it all, Known Entity. AP's passion for Known Entity's music and band members unleashes a journey of discovery filled with moments of creativity, friendship, humor, tragedy, and reconciliation.

AP is the ticket into the inner circle of the band - each member with their own dreams, struggles, and triumphs. Their shared history follows a group of friends on and off the stage, a roller coaster ride from novice musicians to the band's end.

As told by AP and other band members in their own words, Known Entity's music breathes life into their history as the story plays out, moving back and forth from past to present.

Listen to the band's music interwoven with the narrative as their remarkable story unfolds.

What listeners say about Known Entity