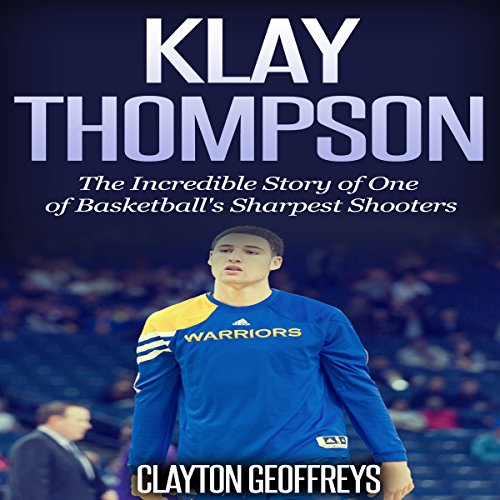 Klay Thompson: The Incredible Story of One of Basketball's Sharpest Shooters

By: Clayton Geoffreys
Narrated by: John McBride
Try for $0.00

This short unauthorized biography of Klay Thompson highlights his quick ascent into the league as a sharp shooter. Klay Thompson and Stephen Curry formed arguably the most dangerous backcourt in the NBA due to their impressive ability to shoot and make three-pointers.

It wasn't uncommon to find the Warriors down more than 10 points with only a few minutes to go, and yet still win the game behind a three-point shootout led by the Splash Brothers. With a new four-year, $70 million contract as of the 2014-2015 NBA season, Klay Thompson still has much to prove, with his prime still to come. It will be incredibly exciting to follow the young career of this sharp shooter.

What listeners say about Klay Thompson: The Incredible Story of One of Basketball's Sharpest Shooters