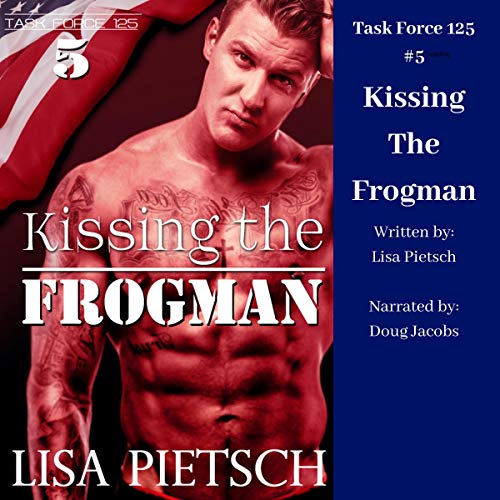 By: Lisa Pietsch
Narrated by: Doug Jacobs
Try for $0.00

This version contains a bonus chapter Jennifer Santiago can spot a special forces adrenaline junkie from miles away and knows the score.

They’re great for a hook-up but lousy in the long-term relationship department.

Lucky for her she was on the rebound and one of those junkies just walked into the casino.

Brian Allen had seen combat all around the world as a Navy SEAL and a paramilitary operations officer in the CIA’s Special Activities Division.

When his team is given a cushy assignment as backup in Morocco, he quells the itch for action by taking a night to relax with a beautiful distraction.

When she proved even more distracting, he was happy to take the Director’s call - until he realized his big distraction was the director’s daughter.

What listeners say about Kissing the Frogman