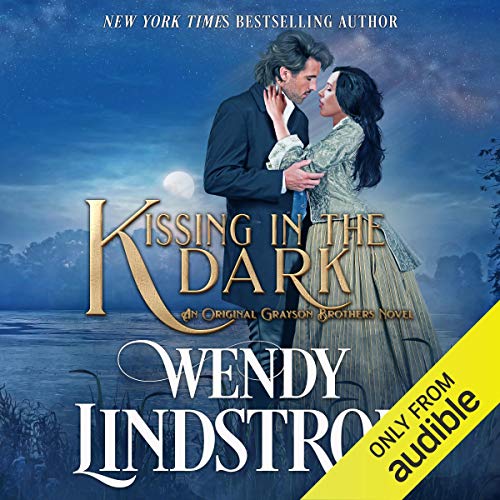 From New York Times best-selling author Wendy Lindstrom comes a deeply moving story of heartbreak and the courageous journey of learning to love and trust again.

Desperate circumstances set Faith Wilkins on the run and straight into Sheriff Duke Grayson’s protective arms. Faith believes they can build a good life together, but their friendship is built on lies because the truth could get them killed. Will giving her heart to the dutiful lawman lead to more broken dreams if her shocking secrets are revealed? He is the only man who can protect her and the one who can hurt her the most.

“The characters practically leapt from the pages, they seemed so alive.” (Dafna Yee)

“An excellent book and series... compelling enough to bring me back to Amazon again and again.” -Lorna Allison
“Beautifully written. Amazing characters. Heartwarming story... I found myself tearing up over the passionate dialog.” -megga reader
“Wonderful series... engrossing and really enjoyable.” -pjraccoon

This addition to the series was Duke's story. Duke is the sheriff of the town and the last of the Grayson brothers to get married. He meets Faith when she moves into town with her aunts, little brother, and daughter. Their love develops but Faith's past begins to overshadow their future together.

This story (as well as the whole series) has so many poignant moments between the couples and the family members. They are rich stories filled with good old fashioned romances....nothing fancy.....just wonderfully written stories of love, honor, passion, laughter, justice and forgiveness. These rugged Grayson men are not afraid to meet a challenge and definitely aren't afraid to admit when they are wrong. This whole series takes takes you back to when men were gentlemen and chivalry was alive.

Would you consider the audio edition of Kissing in the Dark to be better than the print version?

I "read" this book via audio, rather than print, so it is difficult to know if it is better than the print version, however I am certain they are both great!

I loved this story for a number of reasons. I have loved each of the Grayson brothers uniquely as I have come to know them through Wendy Lindstrom's stories. Duke Grayson's integrity shines throughout this story, the attraction between Duke and Faith, and also Duke's thoughtful actions, such as secreting away the hairbrush (thought to be lost in the quick move) that holds sentimental value to Faith that he finds at her old home and later gives to her, are very touching. He did a number of very thoughtful "just because" things throughout this story that were very moving. Duke's attraction and respect for Faith, as well as his connection to Adam and Cora were also very moving.

This is the fourth Grayson Brother's book I have read, and they have all been top-notch historical romances.

What made the experience of listening to Kissing in the Dark the most enjoyable?

Not one moment of regret listening to these! If you want a very nice story about a wonderful family, listen to this series!!

What other book might you compare Kissing in the Dark to and why?

The best book in the series

This has been the best book in this series so far. Very complete. Please note this is an historical fiction series and not just a romance story. I felt it was very complete and many things were happening that kept my interest and kept me wondering what comes next. The narration has been a lot better than in the previous books as well. Very enjoyable.

I Think I've Decided it's the Kids!

Gah! I just love this series. I think I've decided it's the kids. This one had me sobbing for a good period of time and it really all revolves around the kids. I guess I'm a sucker for fatherless/motherless kids who've suffered abuse or feel like everyone thinks the worst of them or that nobody could ever love them and I just love it when they find that loving family. And I love the adults that love them as if they were there own!!!!

This whole series has some seriously cute, loving and wonderful kids in it and they have just drawn me in.

Julia does a terrific job narrating the kids parts and her voice for Faith is sultry and loving. Great Book! Great Narration!

I wasn't sure I was going to bother with Sleigh of Hope — A Grayson Christmas but realized it's a prequel to Adam and Rebecca's adult story and this book made me really fall in love with those two, so it's up next!

Not as good as the first two in this series

Disapointed with this one. It was ok, but the first two in this series were so good and very sensual with the love and lust between the two main characters. This one was more G rated I guess and not as good. I won't be purchasing the last in the series.

Nobody's perfect...that worked for me

Quick summary
Duke Grayson, the third brother in this series, meets widow Faith Wilkins when her brother is caught stealing from the general store. He's immediately attracted to this beautiful woman who is understands the healing, medicinal properties of plants and, together with her three "aunts," has a murky past.

What I liked
The characters all exhibited some serious flaws and, at times, behaved pretty badly. Faith's secrets were explosive, adding intrigue and presenting what appeared to be a no-win situation. Even stalwart Radford, the oldest brother, showed some unattractive sides of himself. Even the children had some challenging moments. In spite of this, they were all very likable people who you rooted for and felt the pain of their circumstances.

The narration
Julie Motyka may not have the most distinctive voice but she's a strong storyteller and I never had issues distinguishing characters. For me, she's become synonymous with the series.

The bottom line
I really liked this story, probably my most favorite of the series so far. There are moments that will rip your heart apart and times when you'll laugh out loud. I never wanted to stop listening and loved how the issues were rough and the resolutions not always wrapped with a neat bow. Well done.

Would you listen to Kissing in the Dark again? Why?

I would. It was exhilarating, enthralling, hilarious, touching, engrossing, caring, romantic. WOW!! I could go on and on. The characters were real and even Wayne Archer turned out to have a heart. Yes, I also read the book and then listened to Julia narrate. That was the icing on the cake!

This story told a tale of strength and fortitude in very difficult situations. Forgiveness and understanding the other person's point of reference from having it all in a loving family of parents and siblings, to a bell strung on a string, across a yard space to summon a parent only in an emergency.

My favourite scene... so many scenes to choose from. I would go with Duke's rushing to save his daughter Cora from a madman, Judge Stone, willing to lay down his life for a sweetheart of a child, whose mother is 'the one', the love of his life whom he chose with his heart and not so much his head, in spite of his brother's concerns.

Duke Grayson, charming, passionate, courageous, gentle, kind and loving. Faith, beautiful scared, willing to take risks to provide for her brother and daughter and keep secrets to ensure they are provided for. Her deception and lack of trust caused a rift between herself and Duke. However, this caused all the secrets to be revealed and so bring about the conclusion, revelations and end to the drama of Faith's and her aunts' background and former life. Rose's story was heartbreaking but when revealed healing took place in Faith's heart.

There were so many stories to be told but in the end a strong love between the main characters and their supporting families, was really the catalyst to the harmony and love that created the climate for the enduring family ties among them all.

What is right and wrong when you have all you need to survive? It's easy. But when the lines are blurred, when you are impoverished, how difficult is it to keep secrets that could destroy you and yours?

Duke chose to forgive unstintingly and instead love and protect his new family and gain the love of his wife and the happiness and bliss he so longed for. He finally found himself and became who he was meant to be.

Wendy, the Grayson Brothers Series, is a microcosm of the real world with all its heartbreak, wickedness, joys and sorrows, but above all reminding one that love conquers all.

Keep on with your story telling gift. It has been a blessing.

All I can say is get it

No matter who you are or where you come from the Grayson family was alway's there, and accepted what some might say, un desirable people. and welcomed them into their family

For me this book worked as part of the series, but just barely. It's greatest enjoyment was the connection with characters introduced in earlier books. As a stand alone, it bordered on the unbelievable with a predictable plot that lacked historical context and a scheming and confused heroine with too much self interest to be on par with other Grayson heroines. While I enjoyed hearing Duke's story I never felt the connection between him and Faith.