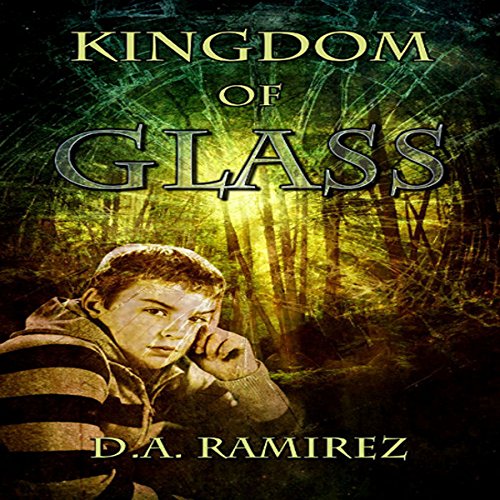 By: D. A. Ramirez
Narrated by: Gene Joseph Blake
Free with a 30-day trial

Only the power of a child can save a town from the plague that threatens it.

North Fork is a small town, but it's about to get smaller. Students are falling ill. Panic is setting in. A mayor is trying to hold it all together. One boy holds the answer to the fate of all.

Robert grows up in a small town and suffers hardships that no child should be faced with. Forced to cope with the sudden loss of his parents, he must find a way to survive the ever-increasing odds against him. His journey takes him through heaven and hell, from the pressures of neighborhood bullies to the mysteries of love.

Meanwhile, a strength grows inside of him that he doesn't understand. His world is changing at a pace that he can't follow, accompanied by challenges for which he is unprepared. His body is turning into a mysterious weapon that he can't control, and there is no one to turn to.

His friends disappear and he is once again at the center of the storm. Robert must fight his own past to discover the truth behind the plague that is certain to destroy North Fork. When his own life is threatened, he is forced to confront the power within before all is lost.

A story of personal change through sacrifice and hardship, Kingdom of Glass takes us on a journey through the human psyche, confronting the truth behind what we perceive to be right and wrong. It's a story of heart, struggle, and survival that keeps you guessing until the end.

Like Robert Lawson, we never know when our world will begin to shatter around us.

What listeners say about Kingdom of Glass