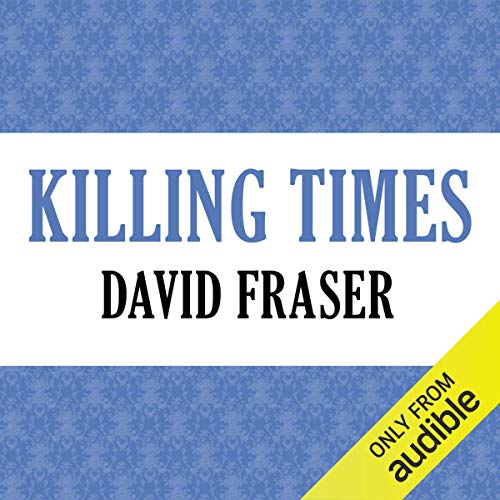 Veronica Gaisford: Most men desired her, many loved her, some mistrusted her, but none was indifferent. Amid the violence and bitterness of the First World War and the years that followed, she bound together the lives of three very different men.

She was exceptional - beautiful, passionate, and passionately loyal to her native Ireland. She could have been a traitor or a saint.

Francis Carr, a Foreign Office civil servant, met Veronica, newly-widowed in Berlin, and half fell in love with her, doubting her apparent innocence. His cousin John Marvell loved her boundlessly, blindly, won her and lost her, and was prepared to perjure himself for her safety. Her relationship with Gerhardt Brendthase, a young German officer with the Imperial General Staff in Berlin, was more ambiguous - was it an emotional or a professional attachment?

Against a brilliantly graphic background of war and its aftermath, David Fraser unfolds the private lives of his characters to form a many-sided drama. It was a turbulent and bloody age, when lives were lost and futures shattered. An age where both heroism and treachery could flourish...

Born the son of Brigadier The Honourable William Fraser (1890-1964) DSO MC, who had been the military attache in Paris when the Second World War begun, David Fraser was educated at Eton College and Christ Church College, Oxford. He left school to enlist at earliest opportunity after the Second World War begun, and joined his father's regiment, the Grenadier Guards in 1940, serving for much of the War with the Guards Armoured Division, later in northwest Europe, ending the war in the rank of Major. He was appointed general officer commanding fourth division in 1969, assistant chief of defence staff (policy) in 1971, and vice chief of the imperial general staff in 1973. He went on to be British military representative to NATO in 1975, and commandant of the Royal College of defence Studies in 1977 before retiring in 1980.