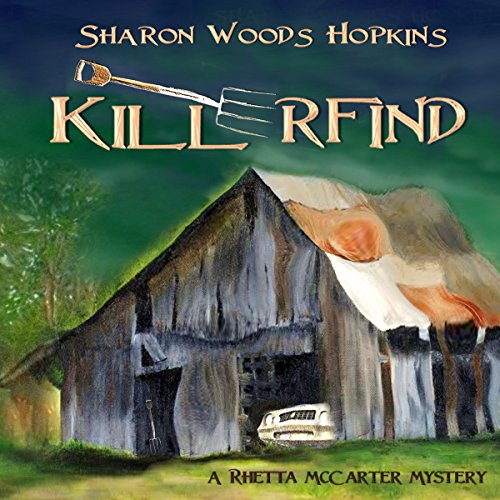 By: Sharon Woods Hopkins
Narrated by: Cynthia Hemminger
Try for $0.00

When Rhetta McCarter's '79 Camaro is destroyed in a fire, her best friend and mechanic Victoria (Ricky) Lane, finds a replacement, a vintage Camaro in perfect condition, except for one major flaw: a body buried beneath it. Later, Ricky is arrested when a second victim is found murdered in the same barn. Rhetta is convinced not only that Ricky is innocent, but that the two murders are connected. The police don't agree, so Rhetta is forced to fight her way through a labyrinth of danger and misdirection to find the real murderer before the killer finds her first.

What listeners say about Killerfind

Rhetta is a banker - not a detective. But again she finds herself doing the work of the Bollinger County sheriff's office. Rhetta does not like loose ends and when murder is involved along with her beloved muscle car, Cami, she just can't help herself - she has to find out whodunit?