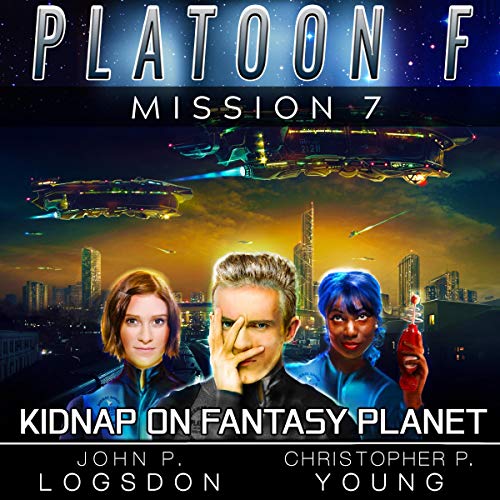 Love lost, cavemen found, and a kidnapping to cap it all off.

Captain Don Harr has learned that love is not all it’s cracked up to be, especially when the woman he loves has decided to lead a sexual revolution on her home planet.

Fortunately, it’s hard staying depressed when you’ve got the Overseers as your employer.

Overseer Frexle tasks Harr and Geezer with stopping a couple of cavemen from going beyond the discovery of fire, which is insane but should prove enough to keep Harr’s mind off of lost love.

While dealing with the cavemen, an urgent message comes in from Fantasy Planet. It seems that Platoon F’s previous commanding officer, Stanley Parfait, has been kidnapped! The message reads that if the group of ruffians doesn’t get their demands met, they’ll kill the man.

To make matters worse, it turns out that Lord Overseer Veli is rather angry to hear of Platoon F’s visits to Fantasy Planet, and he wants them off of the world immediately!

What listeners say about Kidnap on Fantasy Planet