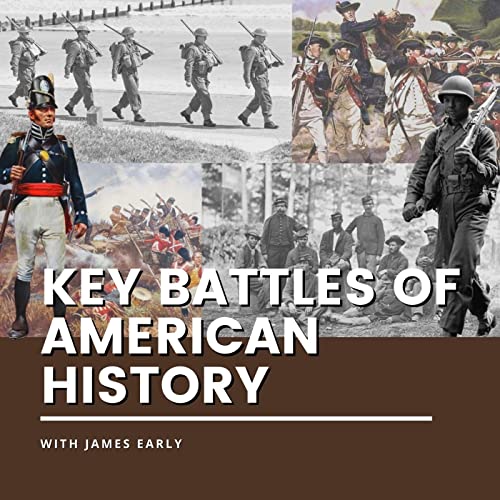 What listeners say about Key Battles of American History

I have been listening to this WW2 Pacific series over the last several weeks. I thought I already knew quite a bit about the Pacific theater, but James and Scott delve into the unfolding events with a conversational enthusiasm that makes each episode a fun, educational listen: Perfect for walking the dog, working in the yard, or working out at the gym. The anecdotes and humorous asides - as well as the interaction between the two hosts - add so much to the factual narrative. It's all about the stories. Their style engages the listener's imagination more that would a dry recitation of facts and events.
I had the privilege to hear the advance "extra episode" on the Marine Raider battalions, including Carlson's Raiders, which was extraordinary!
Even if you have a passing interest in American History or the War in the Pacific after watching old movies, you should check this out on whatever podcast catcher is your favorite and give this a listen!

Been listening to yall for a bit down in brasil and barcelona and sandiego teaching english. All the bus rides, metro rides, walks to/fro work etc that i had your podcasts on made life a bit more interesting. Good work!