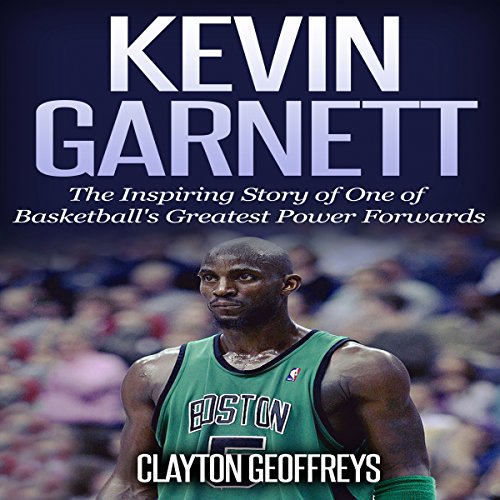 Kevin Garnett: The Inspiring Story of One of Basketball's Greatest Power Forwards

By: Clayton Geoffreys
Narrated by: Josh Brogadir
Try for $0.00

In Kevin Garnett: The Inspiring Story of One of Basketball's Greatest Power Forwards, you will learn the inspirational story of one of basketball's premier power forwards, Kevin Garnett. Since joining the NBA directly from high school, Kevin Garnett has had a highly productive and legendary career in the NBA as a leader and as a basketball player. From leading the Minnesota Timberwolves in the early 2000s to playing an important role as part of the Boston Big 3 alongside Paul Pierce and Ray Allen in their deep playoff runs (including a 2008 NBA championship), Kevin Garnett is easily one of the greatest power forwards to play the game.

It is hard to believe that we have had the unique opportunity of seeing a young teen mature into a man throughout his NBA career. While Kevin Garnett is nearing the twilight of his career and has openly accepted the role as a mentor for young bigs such as Karl-Anthony Towns, his legacy in the game of basketball will never be forgotten. After all, anything is possible.

What listeners say about Kevin Garnett: The Inspiring Story of One of Basketball's Greatest Power Forwards