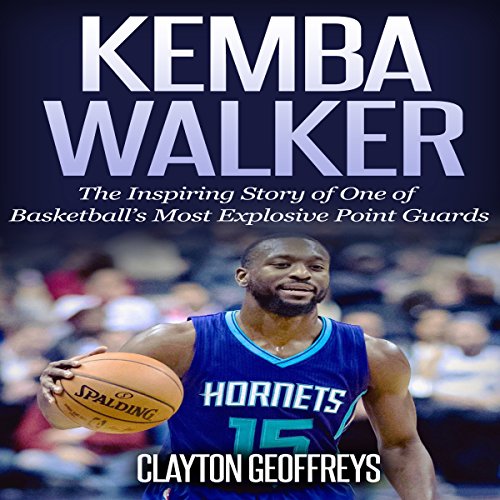 By: Clayton Geoffreys
Narrated by: Ikwo Ibiam for Socread Inc.
Try for $0.00

In Kemba Walker: The Inspiring Story of One of Basketball's Most Explosive Point Guards, you will learn the inspirational story of one of basketball's most dynamic point guards, Kemba Walker. Since entering the league in 2011, Walker has become the face of the Charlotte Hornets franchise.

Walker has evolved his game every single year to become one of the most lethal scorers in the game today. Statistically, he has improved his field goal percentages to mark that of an elite point guard. It's hard to believe that just a few seasons ago, Walker struggled from behind the three-point arc. That's no longer the case and his statistical improvements are simply a mark of his dedication to the game. In this book, we'll learn more about Kemba Walker's journey into the NBA, his impact on the game, and his growing legacy as one of the best offensive point guards to grace the courts in the modern era of basketball.

What listeners say about Kemba Walker