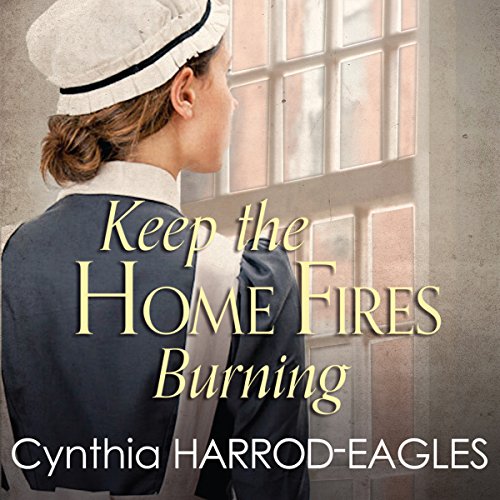 By: Cynthia Harrod-Eagles
Narrated by: Annie Aldington
Try for $0.00

The year is 1915, and the war is raging on.... The war was not 'over by Christmas' after all, and as 1915 begins, the Hunters begin to settle into wartime life.

Diana, the eldest Hunter daughter, sees her fiance off to the front but doesn't expect such coldness from her future mother-in-law. David's battalion is almost ready to be sent to the front, but how will Beattie's fragile peace of mind endure?

Belowstairs Ethel, the under housemaid, is tired of having her beaux go off to war, so she deliberately sets her sights on a man who works on the railway, believing he won't be allowed to volunteer. Eric turns out to be decent and honest, and he genuinely cares about Ethel - is this the man who could give her a new life?

The Hunters, their servants, and their neighbours soon realise that war is not just for the soldiers, but it's for everyone to win, and every new atrocity that is reported bolsters British determination: this is a war that must be won at all costs.

Keep the Home Fires Burning is the second book in the War at Home series by Cynthia Harrod-Eagles, author of the much-loved Morland Dynasty novels. Set against the real events of 1915, this is an evocative, authentic ,and wonderfully depicted drama featuring the Hunter family and their servants.

"An insightful look at the impact of war on everyday lives." ( Choice)

What listeners say about Keep the Home Fires Burning

This is an excellent follow-up to Goodbye Piccadilly and one of the best WWI novels I have ever read. The characters are well thought out and each has a fascinating story of their own that weaves seamlessly into the main story. The narration by Annie Aldington is wonderful! She gives each character their own unique voice without overdoing it with phones accents and such.

World of the War

Too many loose ends!

I understand a realistic war plot in which many lives are impacted in various ways over a span of time, but there are SO many characters with SO many plot lines in this novel that are left UNFINISHED. If this is a book in which the publishers expect me to buy a sequel to satisfy my need for a neat and tidy ending, they had better not hold their breath! A very FRUSTRATING read!

get the tissues ready!

i have not had a book made me cry like this in a really long time. The author really drove home what it was like to be a citizen in England during the war.

As a second book in the series and the story carries on seamlessly and the family and lives of the occupants of 1st world war England are as descriptive as the lives of their military sons and loved ones with real and acurate historical facts of the events of the time.

I like the factual elements of the family story the romance a gentle and the characters are well rounded.

Who might you have cast as narrator instead of Annie Aldington?

This narrator has not I believe, thought about the various classes of people in the story her accents were all over the place and very unconvincing and annoying really, I would not really have thought a 1915 countess would have a cockney accent! Neither would a middle class senior banker and family. The narrator of the previous book was far more varied with accents and at some points I had to remember there was only one narrator!

Maybe wait for DVDs, maybe better as a feature drama for tv.

I`m loving this series of books. This is the second book and carries on from where "Goodbye Piccadilly" left off. Although I`d had a break between listening to the two books I`ve not found it at all difficult to pick up the threads again.
There are some lovely, well-written characters and the historical content is spot on. It`s based in England so the descriptions of the war and the battle fields are coming from soldiers home on leave and the story centres mainly around those left behind and the WW1 home front.
I have to say tho that this book is let down somewhat by the narrator. It might have been a good idea for her to have read through the book first and made a mental note of where to put in punctuation and how the sentences flow. But rise above that and this is a thoroughly enjoyable story

Book two of the War at Home series which basically carries on from where we left off in book one. I'm very much enjoying the series so far. Well rounded characters. I especially have a soft spot for Naylor the dog!
I do find there are so many different threads and characters I sometimes forget who's who, but that might just be me!
This book was not narrated by the same person as book one which was a little disappointing as I had become familiar with the accents sand voices in the first book. I'm pleased to see book three and four are read by the original narrator.
I love these sagas, just to curl up and immerse myself in the lives of the Hunter family. Would recommend.

bit of a mix

Where does Keep the Home Fires Burning rank among all the audiobooks you’ve listened to so far?

a really good read except for around the middle lost interest stayed with it annie Aldington great narrator as is Penelope freeman overall could wait to get the follow up...very good

What was one of the most memorable moments of Keep the Home Fires Burning?

the death made me weepy beautifully performed

Which character – as performed by Annie Aldington – was your favourite?