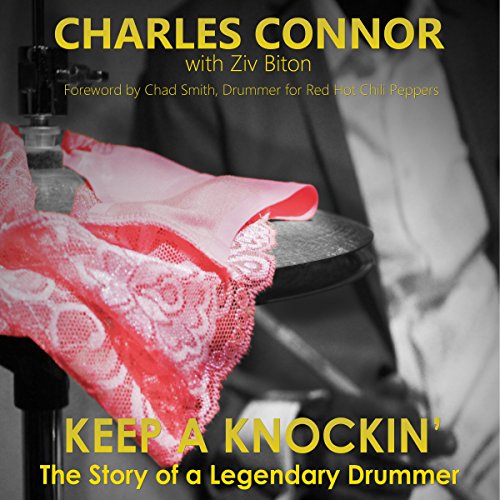 Keep a Knockin': The Story of a Legendary Drummer

By: Charles Connor,Ziv Biton
Narrated by: Royal Jaye
Try for $0.00

This audiobook is loaded with untold stories about drummer Charles Connor and his road to rock 'n' roll history. Playing with legends like Roy "Professor Longhair" Byrd, Smiley Lewis, Guitar Slim, and Jack Dupree (then Shirley and Lee) was just his launch pad before touring with Little Richard and his band, The Upsetters - with whom he created his signature drum intro in "Keep-a-Knockin." He would go on to work with other music icons such as Lloyd Price, James Brown, Sam Cooke, Jackie Wilson, the Original Coasters, "Big" Joe Turner, Larry Williams, Don Covay, "Papa" George Lightfoot, Larry Birdsong, and more.

What listeners say about Keep a Knockin': The Story of a Legendary Drummer

Great story. Superb narration. Felt like a roadie along for the historical musical journey. Interesting perspective from a drummer's view. Liked how historical events were chronicled along the ride. The introduction to famous musicians and workings of band road trips was exciting

Could Have Been Much Better

This book should have and could have been much better. Narration was irritating and the intentional use of background sounds(noise) was distracting. Not enough about the music and too much about drugs and alcohol...."I was provided this audiobook at no charge by the author, publisher and/or narrator in exchange for an unbiased review via Audiobook Blast."