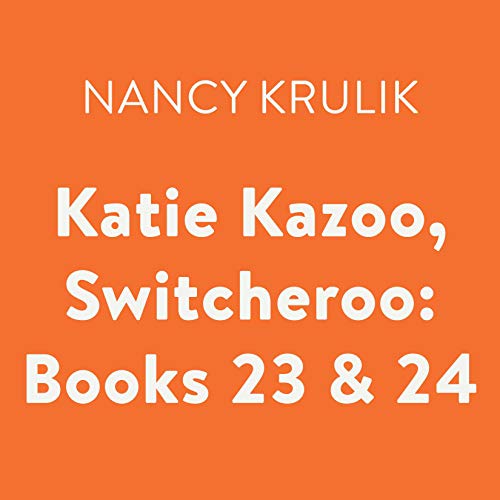 By: Nancy Krulik
Narrated by: Lauren Davis,Cassandra Morris
Try for $0.00

A collection of audiobooks 23 and 24 in the Katie Kazoo, Switcheroo series!

Open Wide is a funny adventure that kids can really sink their teeth into! When Emma W.’s little brother Matthew overhears Katie talking about how awful going to the dentist is, he’s terrified! So Katie accompanies him to Dr. Sang’s in the hopes of calming Matthew down. Then in less time than it takes to say “open wide”, she herself turns into the dentist! A predicament, to be sure, but one that ends with a smile.

In No Biz Like Show Biz, Miriam gets Suzanne’s role in the school play (that is, the role Suzanne thinks belongs to her), and Katie knows there will be trouble. But she certainly doesn’t plan on being involved in it! Unfortunately, the magic wind has plans of its own - it turns Katie into Miriam just before the show! Katie doesn’t know the lines and she can’t sing. Will the show go on? Will it go on with Suzanne instead?